Explained: How did Jonas Lossl fare on his second Huddersfield Town debut? 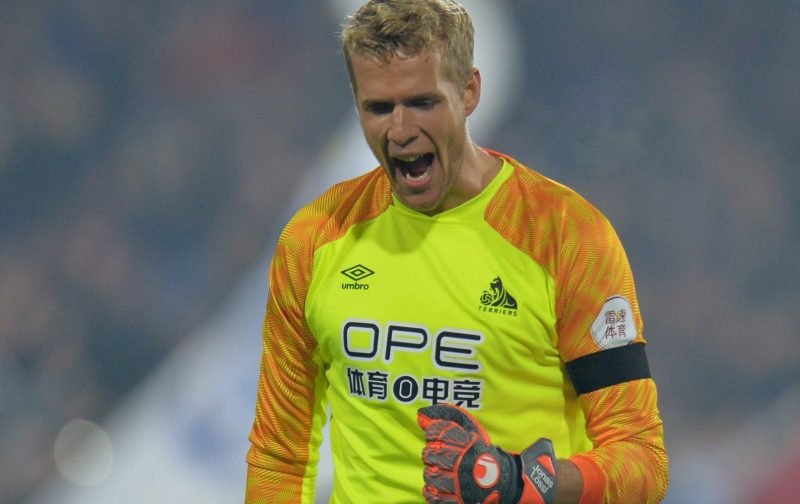 Jonas Lossl made his second Huddersfield Town debut on Saturday and kept a clean sheet as the Terriers beat Queens Park Rangers 2-0. Lossl left Everton on deadline day to rejoin his former club on loan before the January transfer window shut and impressed upon his return.

As per WhoScored, the 31-year-old played for 90 minutes, had 42 touches, completed 60% of his 35 passes, played 25 long balls with 44% accuracy and made two saves from shots outside of the box, parrying both efforts to safety. QPR were limited to just two shots on target, so Lossl wasn’t kept that busy.

Manager Danny Cowley was full of praise for the shot-stopper, telling Examiner Live: “I thought it was a flawless display. He brought a real calmness and presence. He didn’t have to do too much with his hands but he caught a few important crosses, and I thought his distribution was outstanding.

“His distribution gave us a really good rhythm at times in our play, so he is an important signing. And you could feel the love for him, for sure, in the stadium. We want to try and make that connection with our supporters and it is coming, slowly. That’s what we have to create. The supporters so want something to connect to, and that’s what we are working hard for.”

The Terries are 19th with 35 points from 31 games this season, coming off the back of two wins from their last three. They next face Cardiff City on Wednesday evening and could move ahead of 18th-placed Middlesbrough with a win.

Saturday’s clean sheet against QPR was Huddersfield’s second since mid-December 2019. Only QPR (56), Barnsley (57) and Luton Town (66) have conceded more goals than the Terriers, so Lossl could have busier outings to come. Time will tell.