As New Year’s Day approaches, Everton will have four players out of contract at the end of June who could agree Bosman deals with overseas clubs in January – Maarten Stekelenburg, Leighton Baines, Cuco Martina and Oumar Niasse.

Stekelenburg is Everton’s second-choice goalkeeper and hasn’t made an appearance since their EFL Cup defeat to Southampton (October 2), so the 37-year-old is expected to leave on a free transfer next summer. He should be open to negotiating with clubs in January, but it remains to be seen who’s interested.

Baines is 35 years of age and no longer commands a starting place at Everton, but it’s hard to see him holding talks with other clubs in January. The England international has been a terrific servant and may see his career out at Goodison Park rather than join another club after his contract is up.

Martina will be desperate to leave Everton after spending the last 18 months on the periphery. The 30-year-old has made the matchday squad on two occasions this season, but he hasn’t played for the first-team since March 2018. Injury ruled Martina out of a move away from Goodison Park last summer, so he’ll be open to talks in January – permanent or on a Bosman.

Niasse is another player who will be excited to move on as soon as possible. The 29-year-old has made just eight appearances since May 2018 and has no future on Merseyside. He was linked with Besiktas and Trabzonspor back in August and will be open to a transfer in January or July. 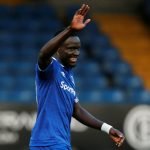 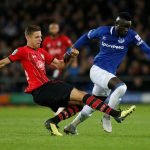