Explained: Fenerbahce may have to pay £20m and £6.2m salary to sign Everton defender 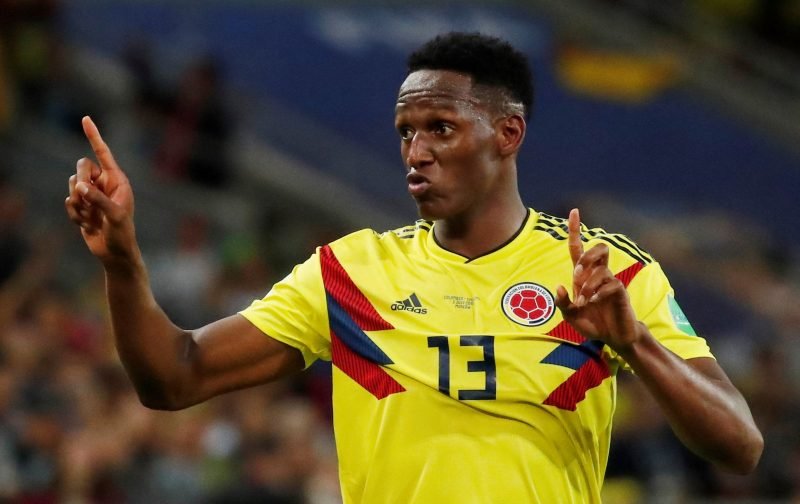 According to Dirilis Postasi, Fenerbahce are interested in Yerry Mina, with sporting director Damien Comolli keen to replace Martin Skrtel this summer. Everton are reportedly open to loaning the 24-year-old out next season, but such a move would force them into covering for Mina on a temporary basis. Selling him permanently would mean his money can towards a replacement.

Everton paid £27.2m in 2018 for the centre-back and agreed a long-term contract worth £6.2m-a-year/£120k-per-week. Mina has struggled for consistency, however, which could reflect in his asking price. If Everton are willing to let him leave, they might struggle to convince a suitor to pay £27m.

The Colombian international has made 14 appearances in all competitions for the Toffees, but he’s been in and out of the starting eleven during the first-half of the season. Mina begun his debut campaign with a foot injury but was a regular upon his recovery. Unfortunately, he was a bad omen and Everton won just 25% of the league games Mina started in.

Since the turn of the year, he’s racked up just 106 minutes of Premier League football so Fener aren’t going to pay a premium for his signature. Transfermarkt say his market value is still £27m, but Everton have only sold one defenders for more than £25m – John Stones (£47.5m to Manchester City) – which suggests Mina might be offloaded for less.