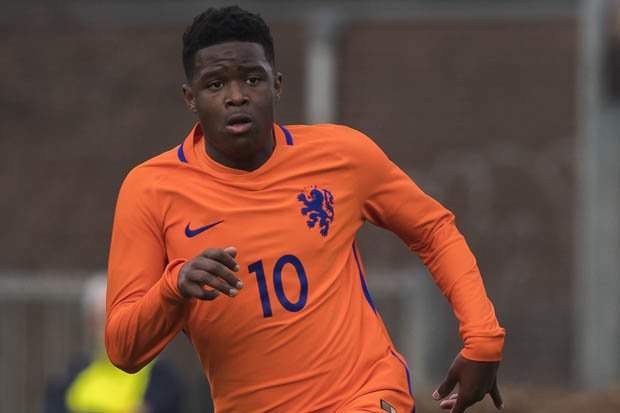 According to Sport Bild (h/t Sport Witness), Everton are interested in Daishawn Redan who has an uncertain future at Chelsea due to a lack of playing time in the first-team. The 18-year-old joined the Blues from Ajax in 2017 and has played in the u18s (15 appearances, nine goals, two assists), u19s (10 appearances, eight goals, four assists) and u23s (31 appearances, 13 goals).

Redan is a talented forward but he’s yet to get a callup to the senior squad which may have made up his mind to seek an exit. He’s not the only youngster struggling for first-team football at Chelsea and Everton are among a list of suitors looking to capitalise on his situation. Leicester City, West Ham United and Borussia Monchengladbach have also been credited with an interest.

The report says Everton would have to pay around £8.5m to procure the teenager’s signature. The Toffees are in the market for at least one centre-forward this summer, with Cenk Tosun rumoured to be on his way out, but Redan might not be ready for regular Premier League football just yet.

His impressive scoring record in Chelsea’s youth sides suggests he deserves minutes, but those should initially come in the form of substitute appearances rather than starts. It would be a gamble for Everton to put all their eggs into one basket with Redan and is far more sensible to bring in an experienced forward who can lead the line on a weekly basis.

Opinion: Everton could miss out on Tottenham man, Seamus Coleman will be happy