‘Excellent’ Jordan Pickford emerging as one of England’s key men 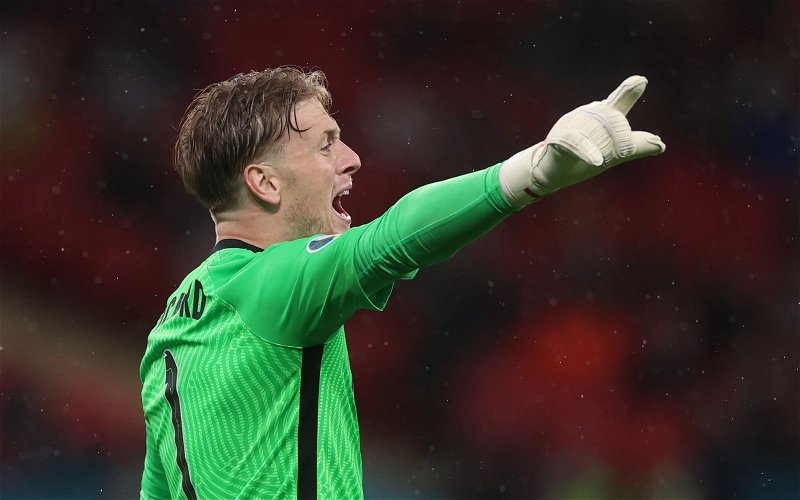 Not many England players emerged from their dire 0-0 draw with Scotland on Friday night with their reputation enhanced. Perhaps aside from Jordan Pickford.

In a game the Three Lions were expected to win comfortably against their near rivals, it was actually Scotland who were the more tenacious, organised and creative at Wembley on the night.

The visitors had the better opportunities too, meaning that Pickford was the busier of the two goalkeepers.

That’s not to say the Everton man had to make save after save, but he had to be alert from crosses, bundle his way through bodies to punch away balls into the box and be quick off his line to thwart attacks.

Pickford also had to make one brilliant save in the first half, getting down to his right to push away Stephen O’Donnell’s volley with a strong hand.

“His performance was excellent,” England manager Gareth Southgate said afterwards. “He has always played well for us and tonight was no exception.

“(He made) a very important, not straightforward save in the first half in particular. The ball was skidding around off the surface and several situations where there was a big crowd scene in the box, he came and punched with authority. I thought he had an excellent performance.”

Jordan Pickford is pleased #ENG are still in control of the group after a tough night v #SCOpic.twitter.com/lbTq4WtIQx

Although England supporters would have preferred to be talking about their attacking talent after a game like this, they will be encouraged by the way in which Pickford has settled into the tournament.

Going into the competition there were some concerns about the Everton star despite his strong end to the domestic season, with the goalkeeping position cited as an area of weakness in a stacked squad.

But Pickford has been consistent and dependable for a while now, with the erratic moments and lapses in concentration that have previously punctured his career not seen for a long time.

Bigger tests are to come for the ‘keeper as England move through the tournament and face more talented opposition. But like he did three years ago at the World Cup in Russia, Pickford looks ready to shine on the big stage.