Every word from Phil Jagielka on his Everton future, did he make thinly veiled dig at Silva? 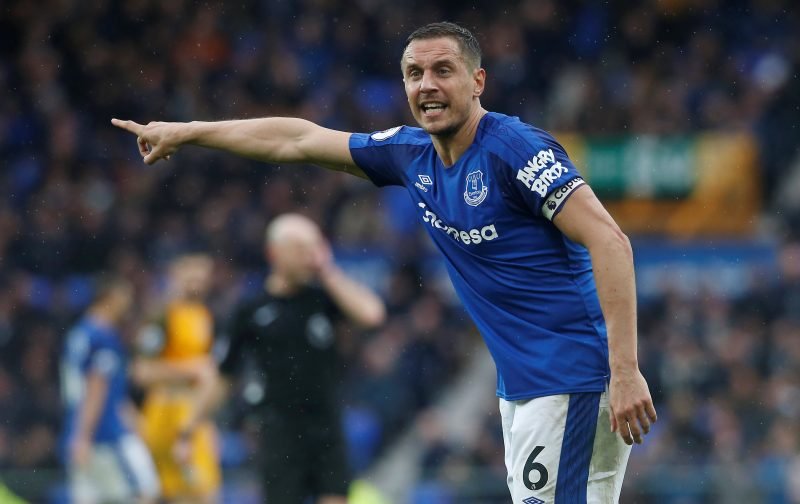 Phil Jagielka admitted he would like to know as soon as possible if he will be retained for another season at Everton, but he said it’s not playing on his mind too much. The 36-year-old is out of contract this summer and Marco Silva has said Jagielka will have to wait until the end of the campaign before knowing if he’ll be handed a new deal.

When asked about his future, he told the Liverpool Echo: “As far as my future, it will happen as and when it does. We’ve got a lot of players out on loan and a lot of players we may be interested in and I’m sure there is going to be another sizeable turnaround in the summer so you have to be patient.

“You would prefer to know as quick as possible. I would like to have (heard) some concrete stuff (by now) but, at same extent, it’s not playing on my mind too much. It’s case of just getting on with things and hopefully knowing sooner rather than later.”

Given Jagielka has made only five appearances in all competitions this season, spending the majority of 2018/19 out of the matchday squad, it’s hard to see Everton keeping him. The English international has been a terrific servant at Goodison Park, making 383 appearances since joining from Sheffield United in 2007, but his time with the Merseysiders looks to be coming to an end.

He’s not happy at being left in the dark by Silva. As an Everton legend, Jagielka deserves to be told sooner so he can prepare for his next steps. His comments to the Echo are certainly a thinly-vieled dig at the manager.

Jagielka has found himself below Yerry Mina, Michael Keane and Kurt Zouma in the pecking order under Silva and may be considering hanging up his boots if he does leave Everton. There some life in the old legs, with the club captain putting in a sterling performance against Arsenal on April 7, but another Premier League season would be a big test.

Explained: Clubs may have to pay £9m and £1.6m wages to sign Everton man