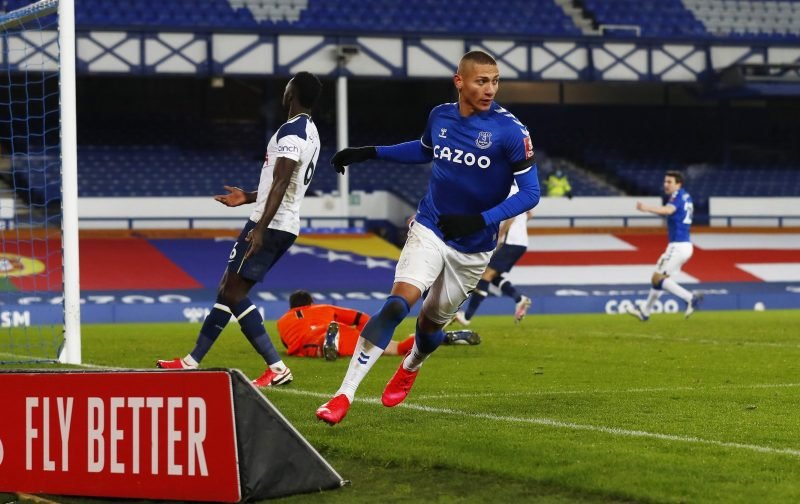 Everton and Tottenham Hotspur lock horns in a crucial encounter at Goodison Park in the Premier League on Friday, as both teams look to keep their hopes of European qualification for next season alive.

Like Everton, Spurs started the season with a swagger and some considered them potential contenders for the Premier League title. However, things have slowly unravelled for the team, leaving manager Jose Mourinho under major pressure.

The Toffees should be looking to capitalise on those frailties, but have had some issues of their own as of late.

The team was ravaged by injuries for the trip to Brighton & Hove Albion on Monday and played out a stolid 0-0 draw. Manager Carlo Ancelotti has confirmed that Jordan Pickford, Allan, Andre Gomes and Josh King will be back for this fixture, although he will still be without Dominic Calvert-Lewin, Yerry Mina and Abdoulaye Doucoure.

For Everton, three points would be enormous, as they would leapfrog Spurs up into seventh place in the table. They also still have a game in hand on Mourinho’s side.

Here is how the Toffees are likely to line up for this match and a closer look at a player capable of making the difference in blue on the night:

What a finish that is by Richarlison 😤

With Calvert-Lewin injured and King yet to start a game for Everton, it’s likely a large portion of the attacking burden will fall on the shoulders of Richarlison.

The Brazilian toiled against Brighton on Monday, as the team set up in an ultra-defensive shape. With some midfield reinforcements back in the squad, Everton should be able to get more of a foothold in the game on Friday and the Brazil international should be able to make more of an impression.

Richarlison should have fond memories of playing against Spurs too. He scored a fantastic brace against Tottenham earlier in the season, as Everton ran out 5-4 winners in a remarkable FA Cup tie.