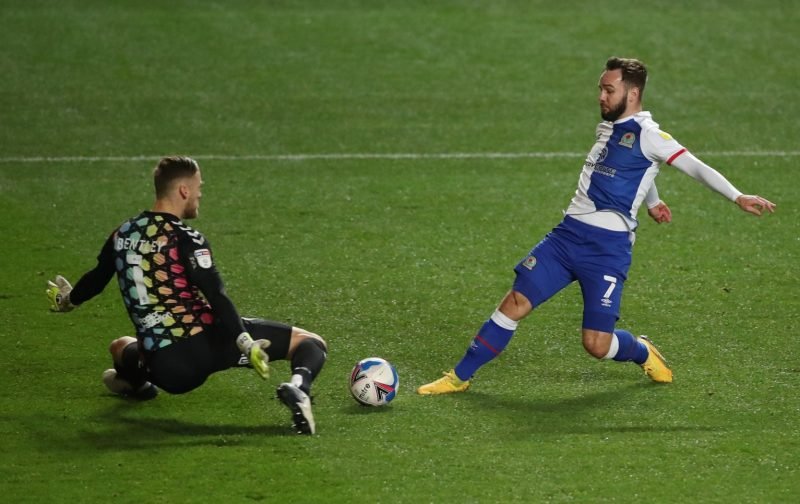 According to Rich Sharpe of the Lancashire Telegraph, the Toffees have joined a number of clubs from the Premier League registering their interest in the forward, who has notched an impressive 19 goals from 34 appearances in the Championship so far this season.

📊 Most direct goal involvements in the @SkyBetChamp

“Armstrong’s contractual situation, and the need to strengthen a squad which will be depleted by the return of the club’s five loanees and the prospect of some out of contract players moving on, could see Rovers moved to sell,” continued the report, with Armstrong’s deal at Ewood Park poised to run out at the end of this term.

It’s added that Blackburn have been put under a transfer embargo, although that will be lifted if they file their accounts on time before the end of June and avoid breaking Profit and Sustainability Rules.

Losing Armstrong would be a big blow to Blackburn, as he’s been the team’s main source of goals since joining the club in 2018 from Newcastle United.

Everton are well stocked in centre-forward options at the moment, although it wouldn’t be a big surprise to see a fresh face come in in this facet of the squad this summer.

While manager Carlo Ancelotti will look to build around impressive young forwards Dominic Calvert-Lewin and Richarlison, Josh King has not shone since joining in January on a short-term deal and appears likely to move on. Moise Kean is also expected to be sold, having enjoyed a prosperous loan with Paris Saint-Germain.

Armstrong, who has excellent work-rate and searing speed, would definitely add something different to the Everton attack. However, there may be teams in the top flight who could guarantee him more minutes following a move, which is something the 24-year-old would surely want at this stage of his career.