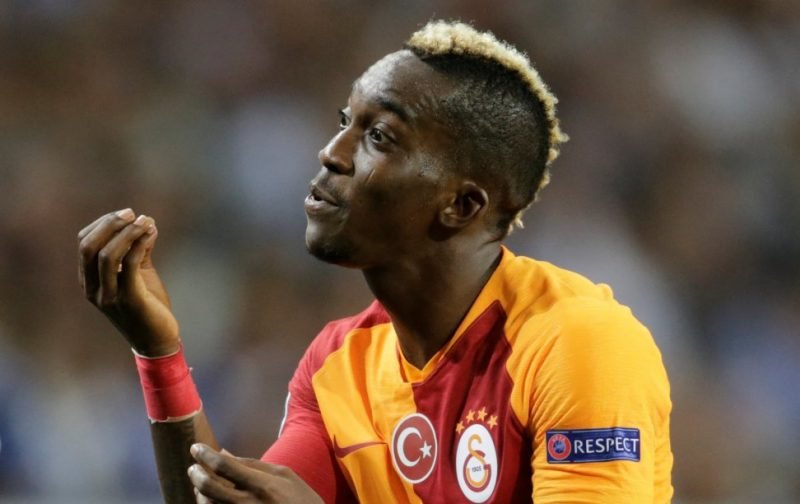 Everton may have signed Henry Onyekuru in 2017, but the Nigerian may never actually play a game at Goodison Park after hinting his future lies away from Merseyside.

The winger would not be short of suitors if he were to force through an exit from the Toffees, with TEAMtalk reporting that Paris Saint-Germain will test our resolve with a £20million bid in the summer to fend off interest from Monaco, Borussia Dortmund and Napoli.

It would appear, however, that the 7-cap international would prefer to stay at Galatasaray beyond his current season-long loan deal, after penning a tweet describing how good it felt to score for the Turk Telekom Arena outfit.

To God be the Glory! Another ???? performance from the team. Feeling at home here and so happy to contribute with a brace tonight ⚽⚽! On to the next one ❤???? pic.twitter.com/xg4suIrSDi

Onyekuru’s post came after the 21-year-old bagged his tenth and eleventh goals of the season in a 5-0 thrashing of Antalyaspor on Monday night, which moved Galatasaray to within eight points of run-away Super Lig leaders Istanbul Basaksehir.

The chance to compete for trophies and qualify for the Champions League could be enough to tempt the winger to seek a prolonged stay in Turkey, right at the moment he is finally expected to earn a work permit in England.

With Onyekuru in his squad, rather than just on the books, Marco Silva would have an even more dynamic attack than he currently boasts, as the winger would further strengthen the boss’ rotating front line.

If the Nigerian’s heart is at home in Turkey, though, it won’t be long before he tries to prolong his stay.