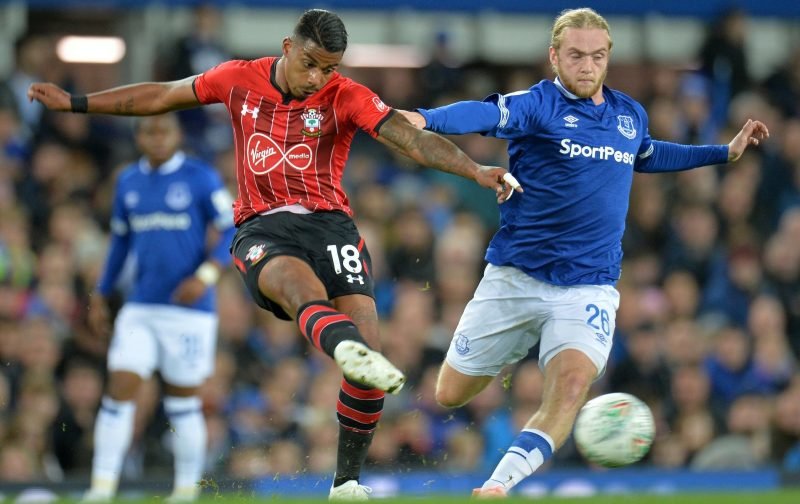 Everton are stepping up our efforts to sign Ralph Hasenhuttl outcast Mario Lemina, after the Blues made contact with Southampton, according to Daily Mail journalist Dominic King.

Toffees boss Marco Silva is on the hunt for midfield reinforcements after selling Idrissa Gana Gueye to Paris Saint-Germain, and was understood to be exploring the possibilities of signing the £65,000-per-week Saints midfielder toward the end of July.

A deal to acquire the Gabon international is not close, however, with Everton Director of Football Marcel Brands potentially looking to secure his services lower than Southampton’s reported £20million asking price.

St Mary’s chief Hasenhuttl is open to losing the former Mark Hughes regular after excluding him from his pre-season plans following an injury-ravished campaign, with Lemina also pushing for a move away.

It has been alleged that Lemina is holding out for a move to Manchester United after the Red Devils showed interest in the 25-year-old earlier in the summer, while Arsenal, Leicester City and Wolverhampton Wanderers have also been credited with an interest.

Juventus’ Moise Kean is also expected to join the Blues imminently, with King noting that a deal for the teenage Italy international could be finalised this weekend, as things are moving in the right direction.

Another Goodison Park departure is on the cards, though, as King concludes his update by stating that Nathan Broadhead will be loaned out once he signs a contact extension.