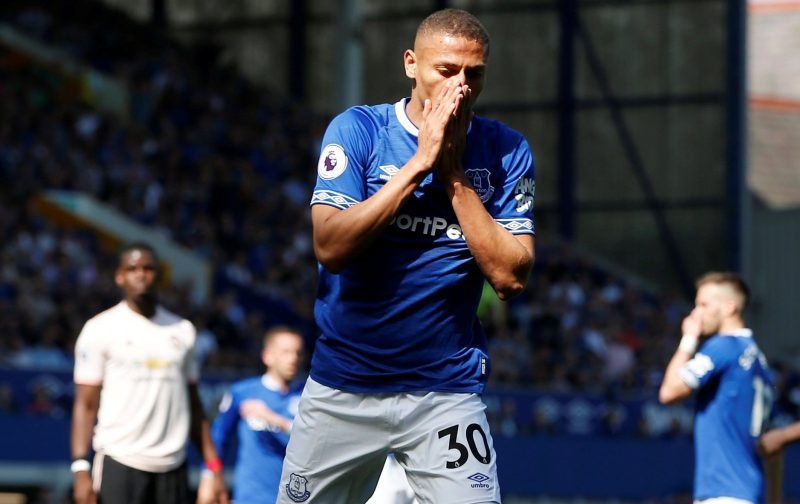 Richarlison brought his Everton goal tally to 14 when he struck past David de Gea with a delicate and acrobatic volley on Sunday, but his form on Merseyside is making the Brazilian an ‘increasingly complicated’ desire for AC Milan, according to Calciomercato.

The Italian football news site have suggested the San Siro giants are still following the Brazilian’s situation closely as the summer transfer window approaches, and claim they have even made contact with his representatives.

The Rossoneri’s contact, though, is said to have alerted the Serie A side to the difficulties a move would present, as we are not going to allow Richarlison to leave on the cheap, and the winger also has a particular request.

For our part, Calciomercato suggest the board would sanction Richarlison’s departure inside a year, should we receive an offer above €75million (£64.9m) from a side elsewhere in Europe, or €80m (£69.2m) if the offer came from a fellow Premier League side.

Richarlison has also made it apparent that he will only leave Goodison Park and the side of Marco Silva if the interested party is competing in the Champions League, which AC are on the cusp of qualifying for.

They are, however, only in the final UCL spot in Serie A via their head-to-head record with Atalanta, as the Italian top-flight take goal difference into account second, which would favour the Stadio Atleti Azzurri d’Italia outfit over Milan.

Gennaro Gattuso’s side are also stuttering as they enter the final six rounds of the season, with the iconic midfielder only able to orchestrate one win from their last six games.

Our alleged price tag is also considered to be the key sticking point for the Rossoneri, which is expected to prevent their advances for the Brazilian even with Champions League football next season.