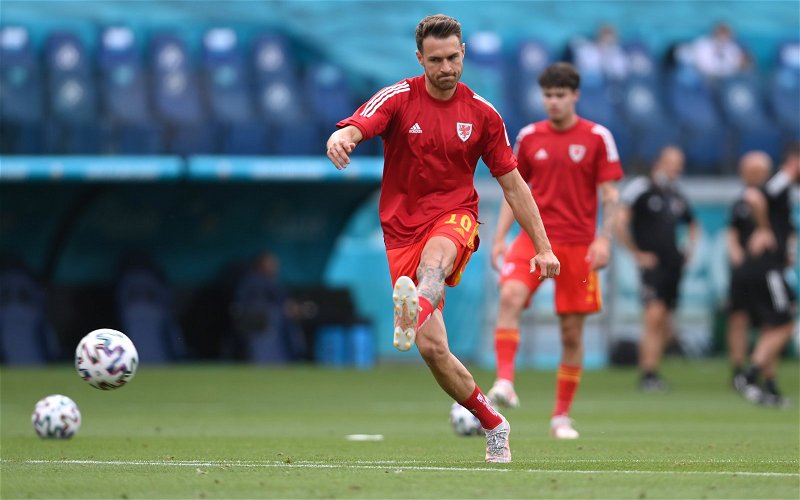 Aaron Ramsey has offered the football world a reminder of what he is capable of at the ongoing European Championships and it’s no surprise that his displays for Wales have prompted fresh speculation over his future.

According to Il Bianconero (h/t Sport Witness), the 30-year-old has a lot of interest from the Premier League, with Everton and West Ham United interested in signing him from Juventus, as well as his former club Arsenal.

The Toffees are said to have made a proposal for the midfielder, with Ramsey reportedly having decided it is time to leave the Italian giants.

Ramsey has excelled for Wales at the Euros, with his goal against Turkey in their previous game showcasing his ability to find space in the box and finish well. While it’s not worked out for him in Turin, it’s clear he still has a lot to offer at the top level.

Despite that, and the fact Ramsey has a wealth of Premier League experience after 11 years at Arsenal, it’s not a transfer Everton should pursue.

Of course, a fully fit Ramsey would bring an attacking edge to the midfield and goals from that area is something the Toffees have lacked.

But the former Arsenal man is a little past his best, despite his recent efforts for Wales, and Everton are currently catering for enough players at a similar point in their career in a similar age bracket. Ramsey is also reportedly on a reported £400,000-a-week at Juventus and he surely wouldn’t be willing to take too big a cut from that amount with years left to run on his contract in Italy.

Everton have been linked with other midfielders, such as Sporting CP’s 22-year-old starlet Matheus Nunes. He may be rawer and less effective than Ramsey at the moment, but it’s time for the Toffees to start banking on talent they can develop, not players who have been to the top and are on their way down.