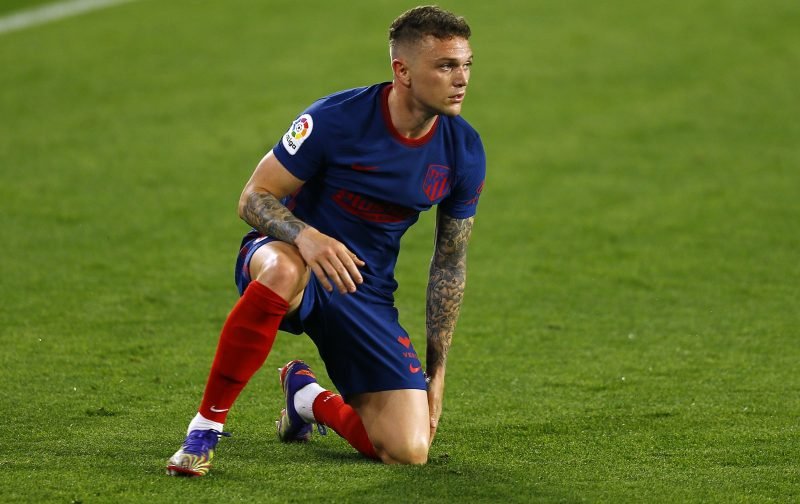 A new right-back looks set to be top of Everton’s shopping list in the transfer market this summer and according to various sources, Norwich City’s Max Aarons is the Toffees’ top target.

According to Simon Jones of the MailOnline, Everton will face competition from Roma for the England youth international, with the Italian giants said to have made their interest know in Aarons back in January.

In the report, it’s said Atletico Madrid’s Kieran Trippier has been offered to Carlo Ancelotti’s side as a possible alternative.

Trippier moved to Atletico in the summer of 2019 and has been a consistent performer in La Liga. He also has plenty of Premier League experience to call on, having starred with Burnley and then impressed in spells with Tottenham Hotspur; he was also one of England’s best performers at the 2018 World Cup.

Even so, at this point the 30-year-old is not the kind of signing Everton should be making.

This summer, the club should be looking towards a long-term successor for Seamus Coleman, who has been one of Everton’s best players of the Premier League era. The Irishman is still a capable performer, although at 32 his playing time needs to be managed and injury niggles are more frequent.

Aarons would be a fine successor with that in mind, as he provides attacking thrust, reserves of energy and at 21 years old, could be an option for the Toffees for a long time yet.

Trippier, at nine years Aarons’ senior, would not be that, as much as his crossing precision and set-piece delivery would provide Everton with another attacking dimension.

So even if Everton can’t haggle Norwich down from their reported £30 million valuation of Aarons and aren’t willing to shell out quite so much for him, Trippier should not be next up on their list of right-back solutions.