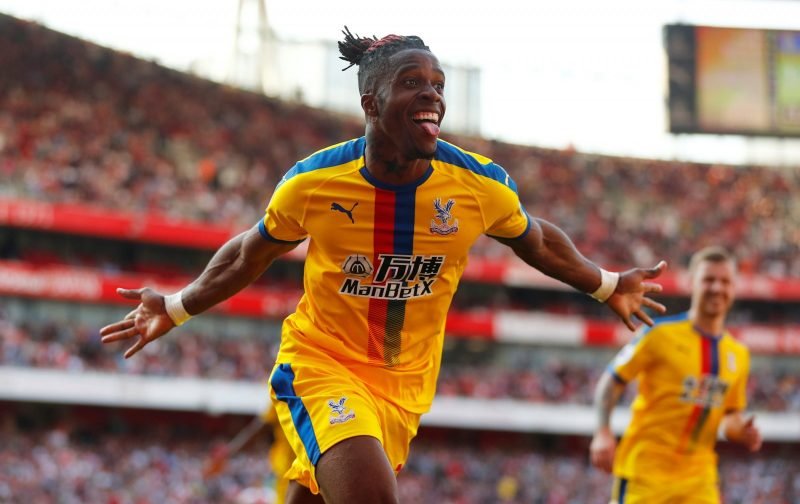 Everton are set for a late Deadline Day rush to sign Crystal Palace forward Wilfried Zaha, according to The Telegraph.

Blues Director of Football Marcel Brands has so far been thwarted in his efforts to sign the in-demand Ivory Coast international, with Palace refusing to lower their asking price amid interest from Arsenal and Napoli.

The Toffees have lodged bids of £55million and £70million plus Cenk Tosun and James McCarthy, according to reports, but were categorically told ‘no’ by Palace executives, as they feel Manchester United’s acquisition of Harry Maguire set a precedent for transfer fees.

It is now understood the offer which included Tosun and McCarthy was on the basis of the duo leaving Merseyside for South London on loan, although the Eagles have acquired the injury-plagued Republic of Ireland international in a separate deal.

Everton chiefs are now said to be mulling over the idea of including Tosun in a £70million-plus transfer for Marco Silva’s long-term target, which would see the Turkey international join Roy Hodgson’s side permanently.

A second Blues outcast could be included in the agreement to further edge the combined value of the offer closer to £100million, providing Palace show a willingness to hold negotiations after Zaha handed the Blues a late boost by submitting an official transfer request.

Zaha feels his current side are being unreasonable in their stance given the offers Brands has tabled this summer, plus Chairman Steve Parish told him that he could leave if a suitable bid is received.

The 26-year-old lodged his request on Wednesday after reports surfaced of Everton making a £25million plus add-ons request for Arsenal midfielder Alex Iwobi – which was turned down – although we could be looking to sign both on Deadline Day.

Unai Emery’s North London side have suggested £40million may be enough to tempt them into selling the Nigeria international, who was involved in 15 goals across all competitions last season (scoring six, assisting nine).