Everton have been linked with Samu Chukwueze, but who is he? 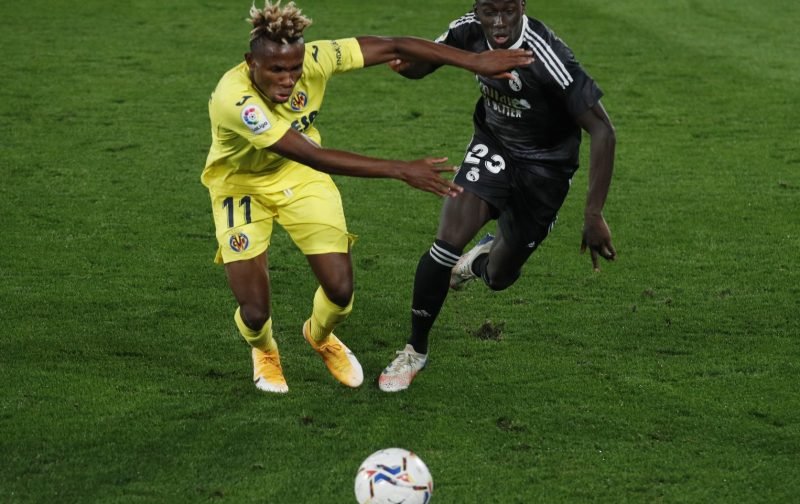 According to La Razon (h/t Sport Witness), Everton are interested in Samu Chukwueze and may have to battle Leicester City, Wolverhampton Wanderers, Liverpool, Chelsea, Manchester United and Real Madrid for his signature.

The 21-year-old is highly regarded at Villarreal and could have a bright future, but it remains to be seen whether Carlo Ancelotti needs another wide forward at Goodison Park.

A Nigerian international who has made 90 appearances in all competitions since joining Villarreal from the Diamond academy in 2017, scoring 13 goals with 12 assists. Chukwueze has been a regular at El Madrigal and finds himself on the radar of the biggest European clubs as a result of his form in Spain.

This season, the 21-year-old has made nine league appearances, scoring one goal, made one assist, created 11 chances, made 10 successful dribbles, had nine shots, completed 80.4% of his 459 passes, won three aerial duels, whipped in six crosses, made two clearances, won 13 free-kicks, made three interceptions and made six tackles.

Chukwueze is a hard-working wide-man who likes to run at his opposition, but he’s popular with the Yellow Submarine and may be pricey.

How much would he cost?

The Nigerian international’s market value with Transfermarkt is £22.5m and his valuation with CIES Football Observatory is €40m-€50m, but La Razon say his release clause is €80m. It’s highly unlikely Leicester, Wolves, Liverpool, Chelsea, United or Real would stump up so much money for Chukwueze, so his future may be up in the air.

Villarreal have tied the wide-man down for another three years, so they’re under no obligation to cash in just yet. Chukwueze has played down talk of a move in the past too, rejecting Arsenal’s interest earlier in the year, so he may be content to stay in Spain for now.

Do we need him?

I don’t think so. Chukwueze’s goal and assist record is hardly mindblowing at Villarreal and we already have Richarlison, James Rodriguez, Alex Iwobi, Bernard and Anthony Gordon at our disposal, so we don’t need to spend extortionate amounts on the 21-year-old.

He has potential and must be doing something right to have so much interest, but I don’t believe he will dramatically strengthen our squad.

In other news, what’s the latest on Richarlison?