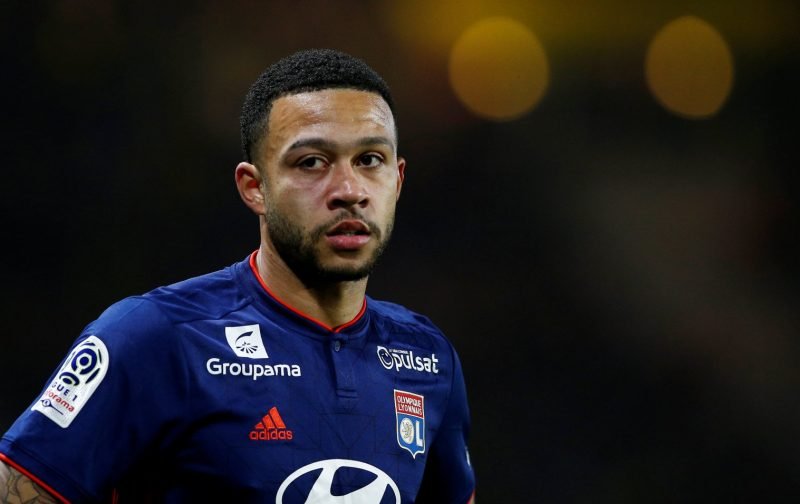 Everton rejected the chance to sign Olympique Lyonnais star Memphis Depay earlier this summer, after being offered the Dutch international, according to the Daily Mail.

Les Gones are understood to have touted Depay’s services out to a range of sides while the Premier League window remained open, as the Ligue 1 giant were keen to cash in on his stellar campaign with his contract set to expire in 2021.

The Blues had been credited with an interest in the £40.5million-rated forward back in May, as Director of Football Marcel Brands personally scouted the 25-year-old in action against LOSC Lille alongside Head of Recruitment Gretar Steinsson, in a game where Depay recorded seven key passes for one assist.

Our interest in the former Manchester United winger continued to boil in the background until June, when reports emerged suggesting the 48-cap international had laughed off our speculated interest as Everton are not prestigious enough to be worth his consideration.

That may have been the reason why Blues chiefs opted against holding discussions with the attacker when offered the chance by Lyon, but doing so was a rare mistake by Brands in an otherwise excellent summer.

Targeting Depay earlier in the window could have spared our blushes in our failed pursuit of Crystal Palace winger Wilfried Zaha, and may have been a cheaper alternative with Lyon’s asking price not noted by the Daily Mail.

Depay’s resurgence in Ligue 1 on the back of a torrid spell at Old Trafford proved he has the ability to be a big-game player, and create goals and assists in whatever competition he takes to.

Adding the Dutchman’s attacking flair and creativity to Marco Silva’s plans alongside Moise Kean and Richarlison would have created a far more mouth-watering line-up than one that included Zaha, and we ended up with neither.