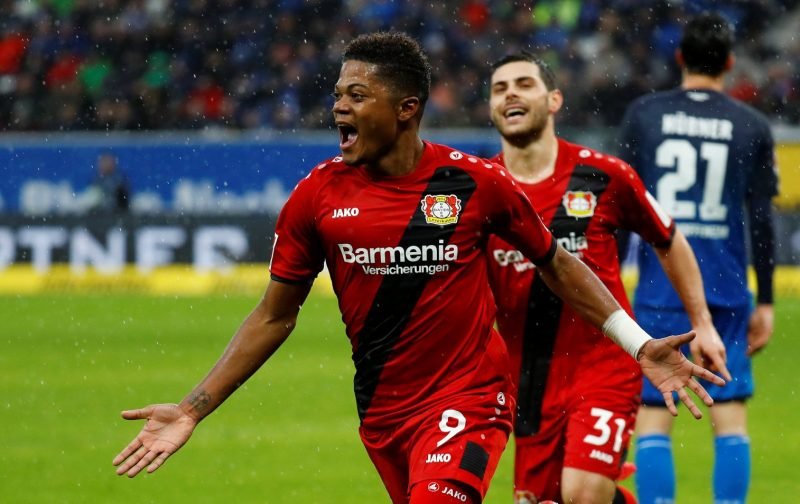 Everton seem primed for a new era under Carlo Ancelotti – certainly if latest transfer reports are to be believed.

The Toffees are unbeaten since their return to Premier League action and have picked up some impressive results including a clean sheet against newly-crowned Liverpool as well as defeating third-placed Leicester City earlier this week.

Do you expect any less from a three-time Champions League winner? This could just be the beginning for the club as the Italian will get a full pre-season and summer transfer window under his belt in due course.

This week, the club have been linked with a swoop for Bayer Leverkusen hotshot Leon Bailey.

Would Bailey be an upgrade to Walcott and co? 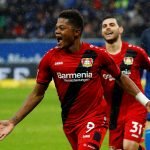 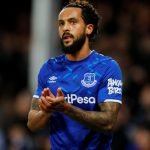 According to Sky Sports, the 22-year-old is attracting interest from the Premier League with the Evertonians among the names listed.

It’s also claimed that the Jamaican winger could be available for a bargain cut-price between £20m and £30m due to the financial implications post-pandemic.

The Toffees are likely to face competition from their arch-rivals as well as the two Manchester giants and it is believed that scouts from all four teams will watch him against Bayern Munich tomorrow.

Bailey has had limited game time on the pitch this campaign but is still very raw with a big future ahead of him – per WhoScored, he’s averaged 1.5 dribbles, 1.1 shots and 0.9 passes per match.

Despite his lack of appearances, he’s still managed to notch seven goals in all competitions.

In the past, the young talent has been likened to Arjen Robben for his blistering pace and ability to cut inside, in fact, he was clocking 21.4mph two years ago which was faster than the Dutch legend.

He’s also received glowing endorsements from the likes of Ronald de Boer, who once said: “He’s so fast it’s not normal. His speed, combined with his technique, is very rare. Exceptional. He has no weak points.”

At around £20m-30m, Bailey could be a snip for a team like Everton, especially as they were asking for double that pre-pandemic and really, the club could do with moving on from both Theo Walcott and Bernard if they are to start contending for a spot in Europe anytime soon.