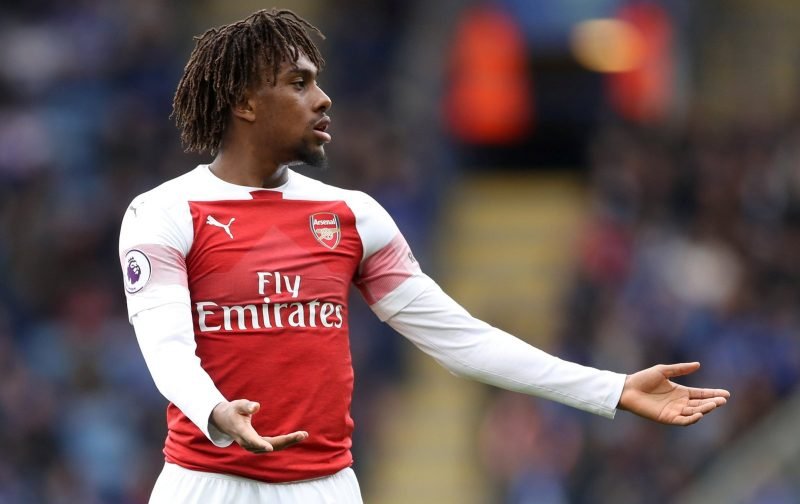 Everton must return to Arsenal with an improved offer for Alex Iwobi, after BBC Sport claimed the Gunners had rejected a £30million bid for the Nigeria forward.

Our move to sign the Arsenal product is not believed to be a reaction to our stuttering efforts to sign Crystal Palace talisman Wilfried Zaha, but in a bid to acquire two proven Premier League forwards before the curtain-raiser at Selhurst Park this weekend.

However, it will likely cost us more than £40million to land Iwobi, while the Eagles are set in their asking price of £80million, and rejected a £70million proposal that included James McCarthy and Cenk Tosun earlier in the week.

Deadline Day must see Director of Football Marcel Brands return to North London, and not just South, as signing Iwobi would add an exciting edge to Marco Silva’s attacking line-up that has the potential to fly under the radar.

Top-flight defences will be occupied handsomely trying to cover Richarlison and Italian rising star Moise Kean this season, but Iwobi can offer a threat that would free the Blues duo to break from their restraints and find the space to strike.

The 36-cap Nigeria international is best with the ball at his feet and time to pick up his head to locate a pass, but is not shy to take on a man or try his luck from range.

His shooting is far from the finished product, but by signing Iwobi, Brands would not be adding a prolific 6ft goal threat to Silva’s squad, he would be adding an energetic dynamo in midfield that can occupy a place on the wings or in the centre, where he can play a defence-splitting pass or a through ball to an overlapping full-back – a tantalising prospect with Lucas Digne alongside.

The 23-year-old averaged 2.1 successful dribbles per ninety minutes last season, along with 1.6 key passes and 1.6 shots for a total of six assists and three goals.