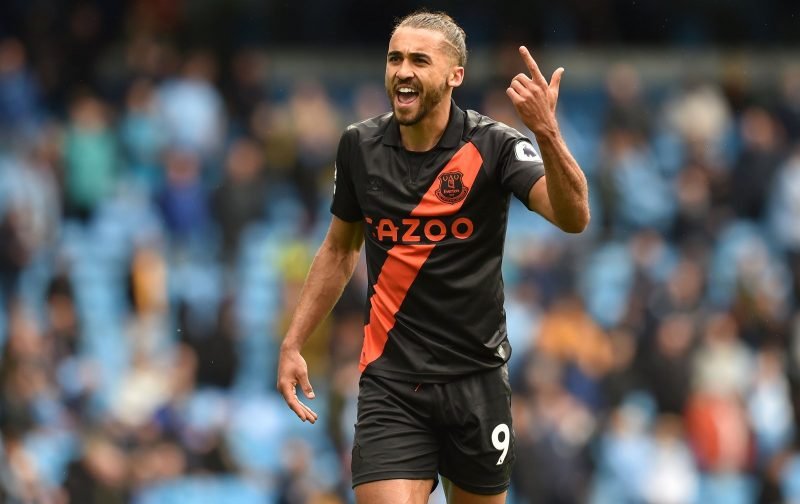 After his finest season in Everton colours, questions were always going to be asked about Dominic Calvert-Lewin’s future and some comments made by the England international recently would have concerned Toffees supporters.

Speaking while away on international duty with the Three Lions, Calvert-Lewin was asked about his development at Everton and where he sees himself in the future.

“I am happy at Everton,” he told L’Equipe (h/t the Liverpool Echo). “I worked hard to become number nine at this club and score goals like I did recently. Personally, I have the ambition to one day play in the Champions League and win titles. But for now, I’m happy at Everton.”

There are no concrete reports of interest in Calvert-Lewin in the press as of yet and the striker agreed a new long-term contract with Everton last year, meaning he’s tied down at Goodison Park until 2021.

Since breaking into the Everton team, the striker has always cut a determined figure and he’s had to fight hard to get into the position he is currently in. So it’s no surprise that he has lofty ambitions and that his confidence is high after a season in which he netted 16 Premier League goals.

That haul was made all the more impressive given Everton were blunt in attack for long spells last term, turning into a defensive outfit after an entertaining start to the campaign. It’d be no surprise if some outfits playing European football looked at Calvert-Lewin and wondered what he could do with consistent service.

“For now” is certainly the operative phrase from the striker and there’s no immediate fear he will be on the move this summer, even after the shock departure of manager Carlo Ancelotti.

However, Calvert-Lewin’s upward trajectory is not aligned with Everton’s recent stagnation. That must change for the Toffees if they are to keep players of his calibre around.