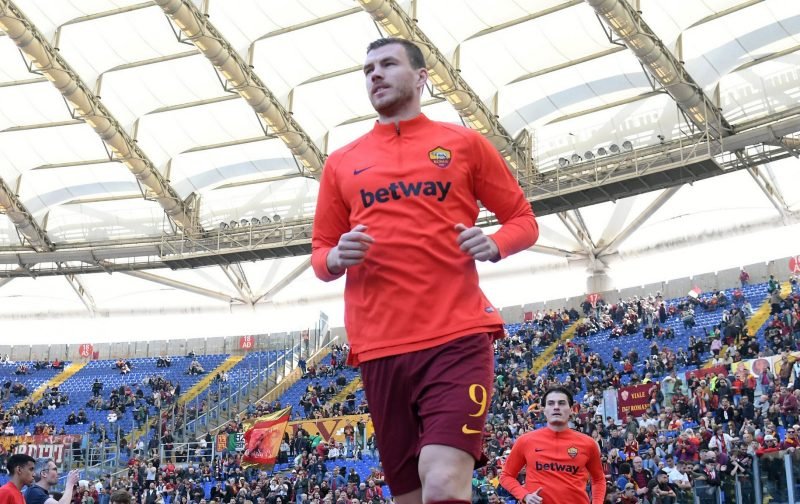 Marcel Brands and Marco Silva may be keen to add youth to our ranks for next season, but reports linking us with Edin Dzeko refuse to go away.

The veteran forward would be going against all that our Director of Football has supposedly set out, but he would give Dominic Calvert-Lewin a great striker partner to learn from and help unlock his eye in front of goal. After all, Dzeko is seen as one of the last few leaders at the Giallorossi capable of helping grow young talents.

A move would not be cheap, though, that’s for sure, with reports in Italy suggesting West Ham and Newcastle both saw €10million (£8.6m) offers knocked back as Roma are chasing €25million (£21.5m).

The Irons are also understood to be making progress in negotiations directly with the 33-year-old, yet claims that the Stratford-based club are prepared to pay him £165,000-a-week have since been rubbished in Italy.

Leggo, via Sport Witness, have recently explained that the London Stadium outfit were instead putting a €5million-a-year deal on the table, which breaks down to £83,000-a-week – enough to make Dzeko the Hammers’ sixth best-paid athlete, on par with Felipe Anderson.

As for us, that wage would make Dzeko our tenth best-paid star, but hopefully a summer clear out will help to take some high earners off the books, after Bernard, Yerry Mina and Andre Gomes moved straight to the top.

Another potential thorn in the side of any deal to bring Dzeko to Merseyside would be the interest shown by Inter Milan, although the San Siro natives are now understood to be turning their attention away from the Stadio Olimpico and towards Germany.

CorSera, via Calciomercato, understand that Eintracht Frankfurt ace Luka Jovic is now being considered as the prime candidate to replace Mauro Icardi, should the Argentine’s time in Italy be over.

The young Serbian has been heavily linked with a move to Barcelona, but progress has appeared slow and now the Nerazzurri seem keen to get the ball rolling.

We could use this latest update as our chance to jump to the front of the queue and offer Dzeko his return to England, but the allure of rekindling his relationship with Manuel Pellegrini could still break our spirits.