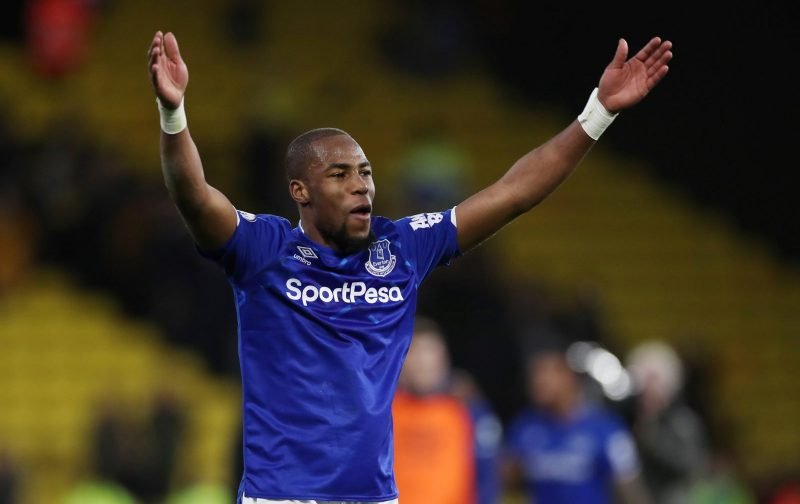 According to Liverpool Echo, Everton will ‘hold talks’ with Djibril Sidibe ‘over extending his contract’ this summer. The 27-year-old’s existing deal is up next month, so Everton ‘need to strike an agreement’ with AS Monaco to keep him beyond June 30.

Sidibe’s loan move can be made permanent for £12.8m this summer, but Everton are now unsure whether to sign the French international after his dip in form this year.

Jonjoe Kenny is returning from his loan spell at Schalke 04 and could have been an option to accompany Seamus Coleman next season if he wasn’t so keen to stay in Germany. So if Sidibe isn’t going to be kept, Everton will be forced to scour the transfer market for a replacement.

Emerson, Jesus Corona, Santiago Arias, Ola Aina, Bouna Sarr have been linked with a move to Goodison Park, so Sidibe may no longer be a target. The 27-year-old has made 24 appearances in all competitions since joining from Monaco, but he’s been inconsistent.

Sidibe fell out of favour at the Stade Louis II and could fall out of favour on Merseyside too, so his career isn’t going in a positive direction anymore. His future should be hashed out in the coming weeks.