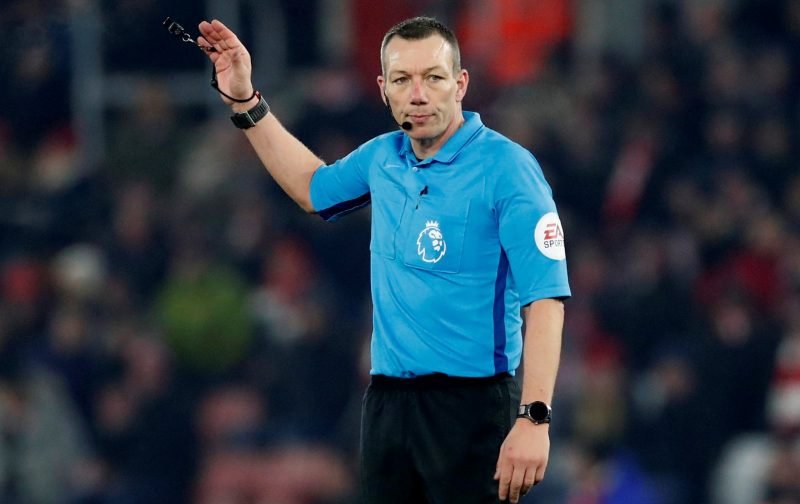 Everton have been handed a positive omen ahead of facing Arsenal on Saturday, as the Premier League have announced that Kevin Friend will referee the Gunners’ trip to Goodison Park.

Friend was in the centre as we beat the North Londoners 1-0 back in April, when a sole effort from Phil Jagielka in the tenth minute was enough to keep the spoils on Merseyside as we enjoyed a remarkable run of results.

Friend has not officiated any of our games since the Gunners clash in April, but has held the whistle in one of the Emirates Stadium natives’, coming as they drew 1-1 with Manchester United in September.

The Gunners taking a point from Old Trafford was only their fourth with Friend in charge since beating West Ham United in the EFL Cup Quarter-Final back in September 2017, having lost to Bournemouth and Manchester United and beaten Burnley since.

We, meanwhile, will host Arsenal at the weekend having not tasted defeat with Friend in possession of the whistle since losing 4-1 at Southampton in November 2017, after drawing with Chelsea and Watford and beating Cardiff City.

Friend has officiated 11 Premier League games thus far this season, in which he has shown 36 yellow cards and three reds, while averaging 22.64 fouls per game (7th most) and 0.68 fouls per tackle (7th most).

Assistants Adrian Holmes and Mark Scholes will join the Leicestershire-resident at Goodison Park this weekend, where Lee Mason will be the fourth official, while Graham Scott will be the VAR and have Andy Halliday alongside him.

Based on Arsenal and our respective records in the past two years with Friend in charge of proceedings, the Premier League’s key decision of who referees what games this weekend would certainly appear to have fallen in our favour and given the club a positive omen ahead of the meeting at Goodison Park.