Everton interested in Torino’s Gleison Bremer, but who is he and where does he play? 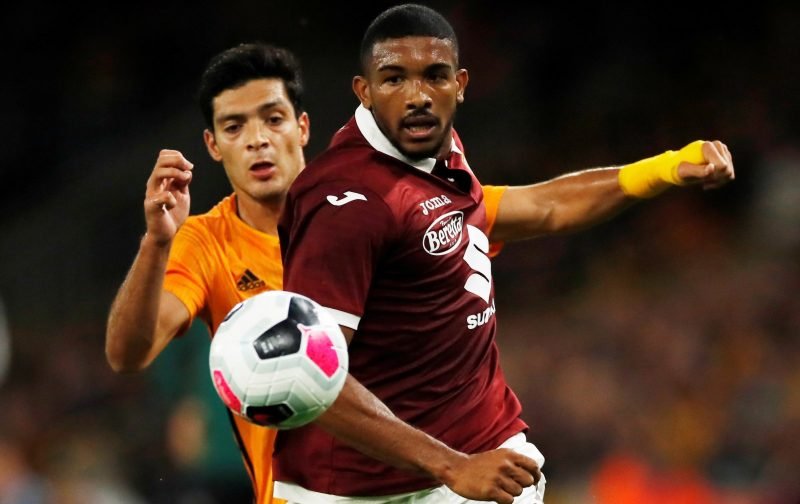 According to Football Insider, Everton are interested in Gleison Bremer and could make a move for the Torino defender before the transfer window shuts. The news comes after Mason Holgate was ruled out for three months due to a toe injury, but who exactly is Bremer?

Strong in the air, excellent anticipation, hard to beat

Bremer is a very good player. The 23-year-old, who previously played for Desportivo and Sao Paulo, has made 42 appearances in all competitions for Torino since joining La Granata from Clube Atlético Mineiro in 2018, scoring five goals with three assists.

Torino finished 16th in Serie A last season and conceded 68 goals in 38 games, but Bremer impressed at the back. As per WhoScored, he made 27 league appearances, amassed 2276 minutes of playing time, won 76/145 aerial duels, completed 80.3% of his 1133 passes, had 15/21 successful dribbles, blocked 55 shots/passes/crosses and made 111 clearances.

He gave away one foul (33) every 69 minutes on average and was dribbled past (14) once every 163 minutes. Bremer averaged a tackle (63) or interception (74) every 17 minutes too, so he’s a good anticipator and isn’t easily beaten by an opponent. It’s easy to see why we’re interested.

Unknown. Football Insider haven’t disclosed how much Bremer could cost or how much we’re willing to offer. Torino paid £5.2m to sign the Brazilian in 2018, but Transfermarkt say he’s worth £4.5m while CIES Football Observatory believe he’s worth €10m-€15m (£9.2m-£13.8m). Torino’s most expensive departures are Ciro Immobile (£16.2m to Borussia Dortmund) and Alessio Cerci (£16.2m to Atletico Madrid), so Bremer might go for a similar price.

The 23-year-old is represented by the same agency that a lot of Premier League players are signed to, so that may help with negotiations. Bremer would surely jump at the chance to come to Everton after Torino underperformed in Italy, but things are still at an early stage.

We haven’t put anything to Torino and don’t know how much Bremer could cost this summer, so there’s very little to report. Nevertheless, he does look likely a useful centre-back who would improve our squad.

In other news, Mason Holgate has been ruled out for three months with a toe injury