Everton give late fitness test to £22.5m signing ahead of Wolves clash, player has “ankle knock” 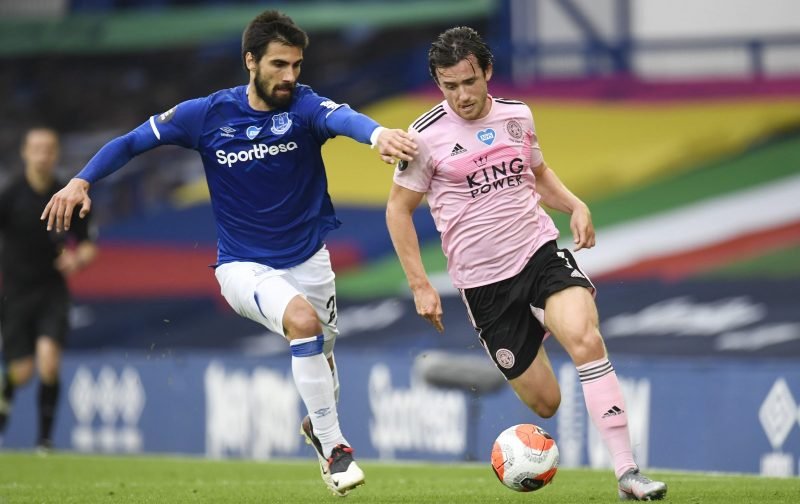 Everton confirm Andre Gomes is an injury doubt ahead of Sunday’s Premier League meeting with Wolverhampton Wanderers and will be given a late fitness test. Carlo Ancelotti said the 26-year-old has a “knock to his ankle” but was hopeful that he’d train on Saturday to be fit to face Wolves.

He revealed: “Andre Gomes will be assessed before training. He is not a big problem, he had a knock on his ankle. He’s (been) a little stiff but we hope he can train and he can play Sunday. We will check.”

The Portuguese international joined Everton on loan from Barcelona in 2018 before turning the move permanent for £22.5m in 2019. He’s made a total of 46 appearances in all competitions, scoring one goal with two assists. Gomes’ debut season as a permanent player hasn’t exactly gone to plan, however.

He’s only played in 17/39 games across the board and has been inconsistent at times too. The 26-year-old is a talented midfielder, but he needs to show it on a regular basis. Gomes also needs an injury-free campaign, as Jean-Philippe Gbamin may not return until 2021 while Fabian Delph has struggled with form and fitness in his debut season on Merseyside.

Everton are on the hunt for fresh blood in the engine room, having been linked with Adrien Rabiot, Allan, Angelo Fulgini, Franck Kessie, Morgan Sanson, Mohammed Kudus, Geoffrey Kondogbia, Davide Frattesi, Matias Vecino, John McGinn and Idrissa Gueye this summer, so Gomes and co. could soon have competition.

Ancelotti will hope his midfielder can feature on Sunday and deliver a performance that vindicates his selection.