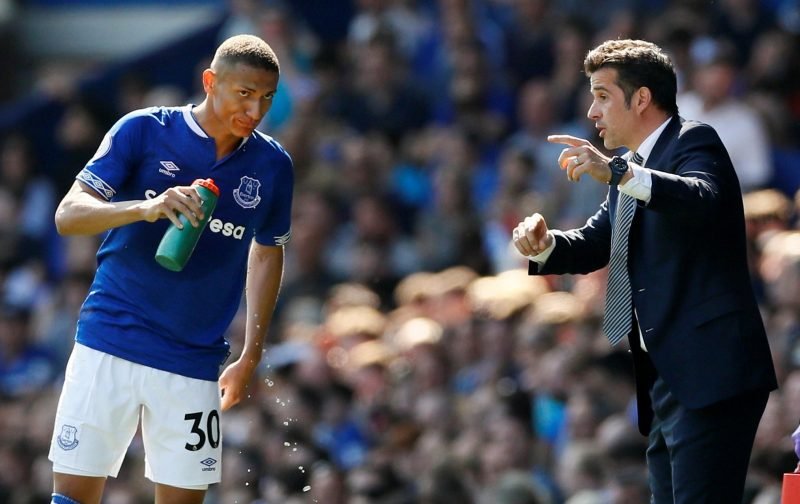 It may have been stated in the media recently that we will reject any offer for Richarlison amid interest from AC Milan, but Marcel Brands could be set to face his biggest challenge yet in retaining the Brazilian’s services this summer.

The Telegraph are claiming that Manchester United are now interested in what the winger could offer at Old Trafford, and had his named shared among the Red Devils’ hierarchy before the second-leg of their Champions League Quarter-Final with Barcelona.

There has not yet been an offer for the Marco Silva mainstay lodged by the top-four hopeful, and whether one does come our way remains to be seen as discussions are ongoing, but if any side do make a move for Richarlison, United should be feared the most.

AC Milan have to qualify for the premier UEFA competition before a final decision can be made at the San Siro, and even then the Rossoneri would have to sell extensively to be able to match our speculated €75million (£64.7m) asking price.

United, on the other hand, are consistently being reported as offering Ole Gunnar Solskjaer a sizable transfer budget, with some claims that it could even reach in excess of £200million.

The Red Devils have also been lacking a top-draw winger for years, and you could argue their last elite wide man was Cristian Ronaldo, with Nani failing to match the hype, and Antonio Valencia having a much lower ceiling.

If they are unable to convince Borussia Dortmund that Jadon Sancho is worth £100million, they may see Richarlison as a potential upgrade as they look to close the gap on their city rivals.