Everton defender on the move? 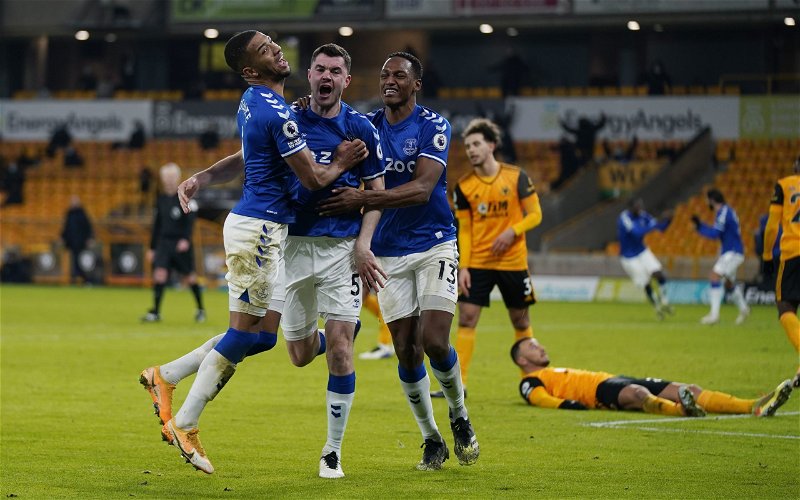 It was reported on June 2nd that Everton had offered Tarkowski a contract and that any decision would be made upon his return from his family holiday. If Tarkowski does sign the dotted line, what does that mean for the rest of the Everton defence?

Ben Godfrey, Mason Holgate, Michael Keane, Jarrad Branthwaite, and Yerry Mina are all registered in the first team. So, you would think Lampard would be trying to move on one or two, to free up some wages and spend that money elsewhere on the pitch.

When he is fit, he is undoubtedly our first choice centre-back, but Everton cannot pay a player who has missed around 60 games in the 5 years he has been at the club, £6,240,000 p/year. [SalarySport]

“Inter have always had an interest in Yerry in the past. I can confirm this because when I represented him, we had contacts with the Nerazzurri sporting director.

“Today, he is for Inter, absolutely. Then we have to see what Marotta thinks about it and maybe Farris, who is in charge of the defensive side and whom I know, being from Viterbo like myself. He had a good opinion of the player.”

Is now the time to cash in on Yerry Mina? Who else would you try and move on from the defence?