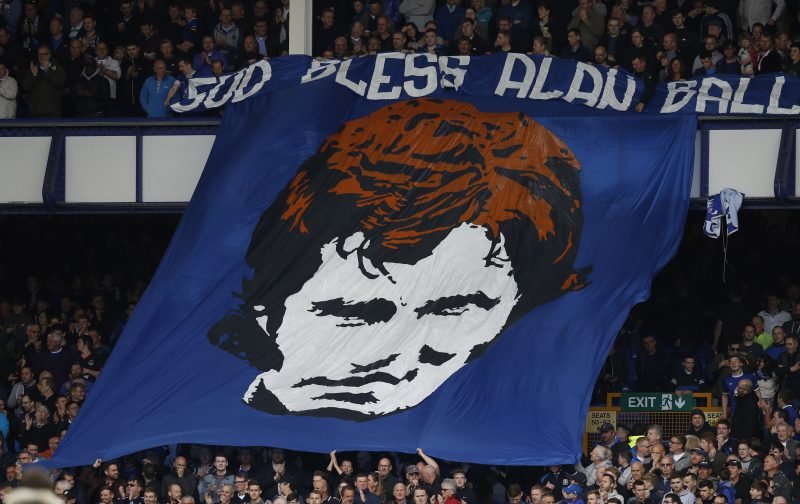 Everton’s hopes for Europe took a blow as the Toffees’ couldn’t find the back of the net against Crystal Palace in a 0-0 at Selhurst Park on Saturday.

Wolves beat Watford, 2-1, to move four points ahead of Everton with two matches left for both teams.

While the result matters and ends April’s slate for Everton. An Everton game played in the last week of April should deserve a better result.

Everton dominated the proceedings but just couldn’t find the spark needed to breach Palace’s defence. A spark that a player like Alan Ball could have provided.

Ball and Brian Labone, who personified Everton in the mid-60s both died in the last week of the month, a year and a day apart.

Brian Labone, who played 534 times for Everton and was only booked twice, died on 24 April 2006. Labone was a one-club player and that’s becoming increasingly rare.

A smallish (1.68m) midfielder, Ball played with an intensity that burned like fire. A fire with a Royal Blue flame. He didn’t want to leave Everton, but Harry Catterick sold him to Arsenal for another record fee of £220,000.

It was on My Space (yes, I’m that old, actually quite old) where I found out about Ball’s death. I couldn’t believe it, especially when I found out he died of a heart attack. It seemed that Ball could run forever. How could his heart give out at 61? I cried about his death and I didn’t cry about another man’s death until my father died in 2010.

Alan Ball was my first and remains my favourite sports hero. He is the same for many Evertonians around my age.

His kind of desire and fire might have made the difference for Everton on Saturday.