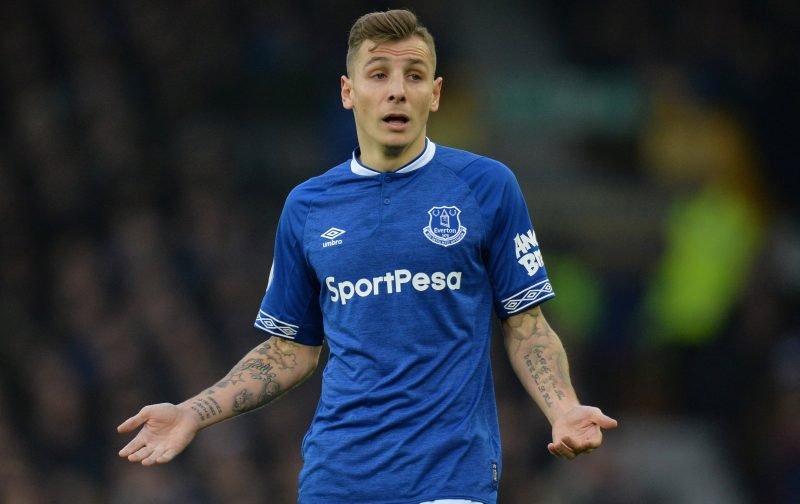 It would be a bit of an understatement to say that going into Saturday’s game against West Ham, a lot of Everton fans were viewing the match as potentially Marco Silva’s last for the Merseyside club.

Yet a 2-0 win in resounding fashion quashed any potential sackings at Everton, at least for now, and the result has been a major confidence boost to both the squad and supporters after a poor season that saw the Toffees lose four league games in a row.

Yet all is seemingly forgiven for now, and in an interview with The Liverpool Echo, defender Lucas Digne seemingly confirms that the squad are quite trusting in Silva and believe he is the ideal man to take Everton forward.

The former Barcelona left-back has been one of Silva’s star signings since joining the Premier League club last season, with the 26-year-old being a mainstay in the Everton XI and being a seemingly impressive successor to long-term fullback Leighton Baines.

And Digne has repaid his faith in Silva with lavish praise in this recent interview, with the France international saying: “He gave a lot of confidence to the players and very good advice. For me, he is one of the best coaches I’ve had and I am sure he can be one of the best in the world.”

Although calling the former Watford boss one of the best in the world might be seen as favouritism praise, it is a reassuring sign for Silva that one his star players remains loyal to him despite the pressure still mounting on the Portuguese manager.

Indeed, Digne’s words could indicate that the bulk of the Everton squad still trust Silva despite a relatively poor season for the Merseyside club, and if the players are still loyal to the 42-year-old boss after this poor run of form, the former Sporting Lisbon boss could be set for a longer stay at Goodison Park.