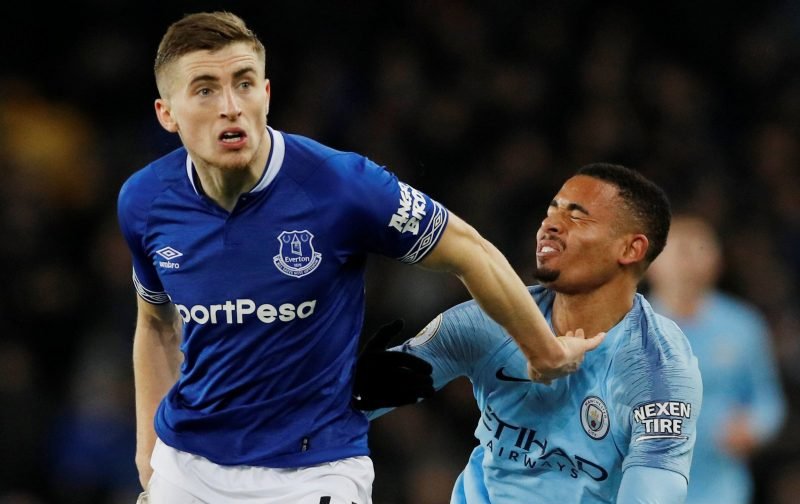 Some Everton supports have been reacting on social media after the club confirmed the departure of Jonjoe Kenny, who has joined FC Schalke 04 on a season-long loan deal.

Our academy graduate will complete his temporary switch to the Bundesliga following the climax of this summer’s UEFA Euro Under 21 Championship, which commences for England’s Young Lions at the weekend.

A deal for Kenny to leave Everton on loan had been doing the rounds for a while, after it emerged Burnley boss Sean Dyche and Crystal Palace head coach Roy Hodgson were keen to offer the 22-year-old regular first-team football, as Marco Silva only offered the 5 ft 7 right-back nine outings in the Premier League totalling 700 minutes.

However, the board were tipped to favour Kenny moving to Germany for the season as the Bundesliga would better develop his abilities, which seems to have come true with the confirmation of his move to Schalke.

It remains to be seen, though, whether the speculated option-to-buy was included in the loan agreement, as former Huddersfield Town manager David Wagner was said to be insistent on having the ability to keep Kenny at the Veltins Arena next summer should he wish to.

Silva is reportedly keen to sign a new right-back this summer to challenge Seamus Coleman for first-team duties, and we have regularly been linked with Paris Saint-Germain’s Thomas Meunier since January.

The Belgian may not be the one we end up signing – if we sign one at all – but his arrival would seriously impact Kenny’s chances of returning to Goodison next year and cementing a place for himself in the boss’ plans.

That will be a great loan for him! Actually weirdly chuffed.

Really good move for him that

Surely means a rb is coming in

Good on him, gain the skill needed to come back and make us better.

New right back needed then. unless you’re planning on signing at least 2 centre backs and using holgate as a back up for Coleman.