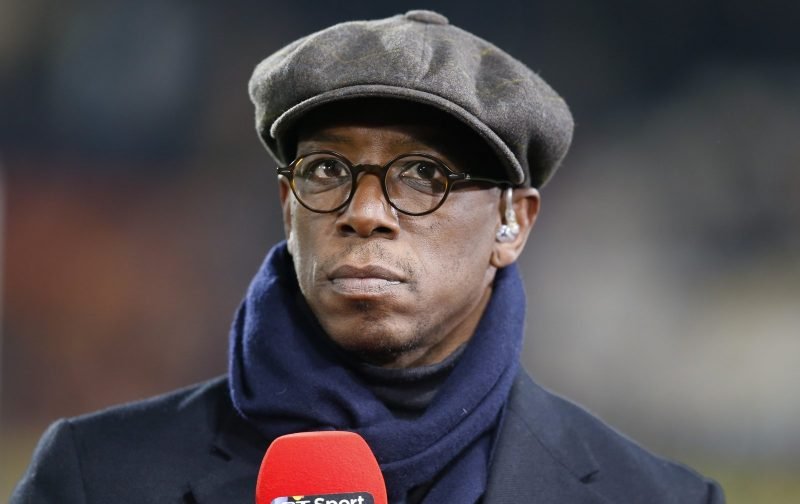 Saturday’s clash against Newcastle United certainly got the better of Everton.

Having avoided a straight red card as England goalkeeper Jordan Pickford seemingly forgot he was playing football and must have thought he was in a wrestling ring given his foul on Salomon Rondon, Everton’s prospects did improve as we established a two goal lead in the first half with Dominic Calvert-Lewin and Richarlison getting on the score sheet, things went dramatically wrong in the second half as Newcastle hit three past Pickford to wreck their revenge and take all three points to consign manager Marco Silva to more frustration.

Pickford was always going to be the standout comment following the game amongst pundits as they poured over another defeat in the Premier League campaign of 2018/19 and Match of the Day’s Ian Wright didn’t disappoint via the Chronicle as he accused the 25-year-old England No 1 of losing his head in the game given his Sunderland associations.

“Jordan Pickford had an erratic game. He got too wrapped up in the emotion of Sunderland versus Newcastle with the home crowd. How he didn’t get sent off for the foul on Salomon Rondon is terrible. It was a deliberate attempt to take the man out and there is absolutely no double jeopardy there. He was gesturing to the Newcastle fans behind the goal but he should’ve been focusing on the game. He parries the ball back into the danger area far too often and it led to Newcastle’s equaliser.”

Pickford being passionate and getting occasionally lost in the moment as he gets his ‘rave on’ is nothing new and undoubtedly it’s an area of his game he needs to work on, but at his age he’s not yet at his peak as a goalkeeper and with Everton’s overall form it’s poor to single him out as when a goalie gets something wrong it’s usually spectacular owing to the position.

A good solid game and another clean sheet would do him wonders though.

Myself, I don’t mind players showing emotion, he just needs to learn when and where but by the same token, if we’d have held out for the win, the penalty would be discussed – but none of the rest of this would be.