Seamen, James, Hart, Pickford. Who is the best? 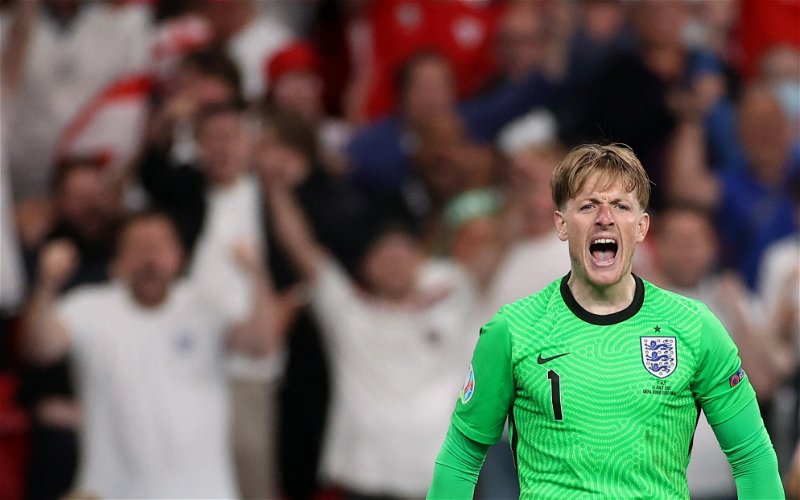 Everton fans have seen the good, the bad and the WHAT ARE YOU DOING! When it comes to Jordan Pickford, but when he plays for England he never seems to lets his country down.

Former Spurs striker Darren Bent made this bold statement regarding Jordan Pickford whilst on TalkSport.

“I love David Seaman, but I’d say Pickford has been more consistent for England.”

Darren Bent ranks Jordan Pickford as the No.1 England goalkeeper of his lifetime. 🏴󠁧󠁢󠁥󠁮󠁧󠁿 pic.twitter.com/hJYUiE1rBy

You can see from Andy Goldstein’s reaction that he was a little surprised following Bent’s statement, however when you look at what Jordan Pickford has done in an England shirt, does Bent have a point?

The 28 year old, has made 43 caps for England at the time of writing, and during that he has helped England to a World Cup semi-final, the Final of Euro 2020 and third place in the UEFA Nations League and claiming the golden glove at Euro 2020.

When called upon, Pickford has delivered especially in penalty shootouts. Saving Carlos Bacca’s in the World Cup Quarter-Finals vs Colombia, saving Andrea Belotti and Chelsea’s Jorginho in the European Championships Final vs Italy, and finally in the third place playoffs in the Nation’s League as he saved and scored in the penalty shootout.

This season, Jordan Pickford despite Everton’s terrible season has been arguably one of, if not our best player since Frank Lampard came in. Some of the saves he has produced have been out of this world and it is no surprise that his save vs Chelsea was awarded the save of the season by the Premier League.

So, is Darren Bent right? Is he England’s best keeper of the last 20-30 years (Darren Bent’s era)