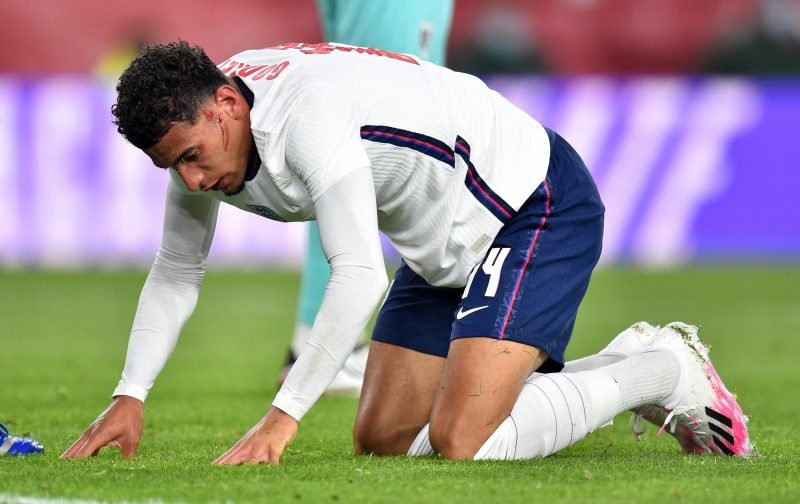 For Ben Godfrey, it was always going to be a challenge to make England’s 26-man squad for the upcoming European Championships. On Monday, his omission was confirmed.

That decision may be disappointing for Godfrey, as White operates in the same position and is considered to be a versatile option at the back too.

While Evertonians have leapt to Godfrey’s defence on social media, White outperformed him in the recent England friendlies and deserves his spot in the squad.

There were some uncharacteristic nerves from Godfrey in his first two England outings. In the first, he almost scored a comical own goal and in the second he was deployed at right-back, which isn’t his preferred position, and that showed when he did get a chance to foray forward.

The 23-year-old would have learned plenty from his experience in the England set up and can now have a well-earned rest after a season of excellent development for his club. When Godfrey arrived at Everton from Norwich last summer, few anticipated him to be starting for the Toffees on a regular basis, never mind in England contention.

Still, someone of Godfrey’s mindset will be stinging after his rejection this morning. But in the long-term there’s no doubt that this minor setback will make the defender stronger.

In addition to his physicality, speed and versatility, one of the strong points of Godfrey’s game is his mentality. There’s a tenacity in his play on the pitch and away from it little seems to phase him, as evidenced by the manner in which he settled into life at Everton following a big move last summer.

Regardless of what happens at Everton and with England in the coming weeks, back Godfrey to be part of the setup for his country for a long time to come.

One Reply to “England Snub Will Make Ben Godfrey Stronger”