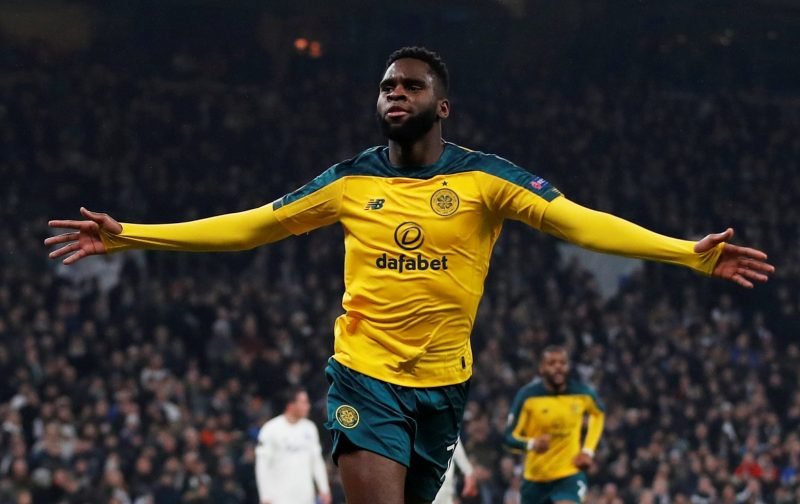 According to The Sun via HITC, Everton have doubts over Odsonne Edouard’s asking price and may plug the plug on a potential £30m deal for the 22-year-old as he won’t be guaranteed a starting place.

With Oumar Niasse, Cenk Tosun and Sandro Ramirez expected to leave Everton this summer, the Toffees could benefit from bringing in a new striker. Moise Kean’s future at Goodison Park is uncertain too, so Carlo Ancelotti doesn’t want to be left with only Richarlison and Dominic Calvert-Lewin.

Edouard has scored 60 goals and made 31 assists in 126 appearances for Celtic, so he would improve Everton’s attack. He joined the Hoops on loan in 2017, impressed enough to earn a permanent deal in 2018 and could now be on the move in 2020.

Arsenal also keen on the 22-year-old, but they too are wary about paying £30m for a player that will play back up to their main striker – Pierre-Emerick Aubameyang. Edouard would be behind Richarlison and Calvert-Lewin if he joined Everton.

Ancelotti has been linked with a host of centre-forwards – Martin Braithwaite (Barcelona), Andrea Belotti (Torino), Victor Osimhen (LOSC Lille), Sardar Azmoun (Zenit St Petersburg) – but it’s unknown if he wants a replacement for Calvert-Lewin or a player good enough to start alongside him.

One Reply to “Doubts over 22 y/o’s price, starting place not guaranteed – Everton may pull plug on £30m deal”