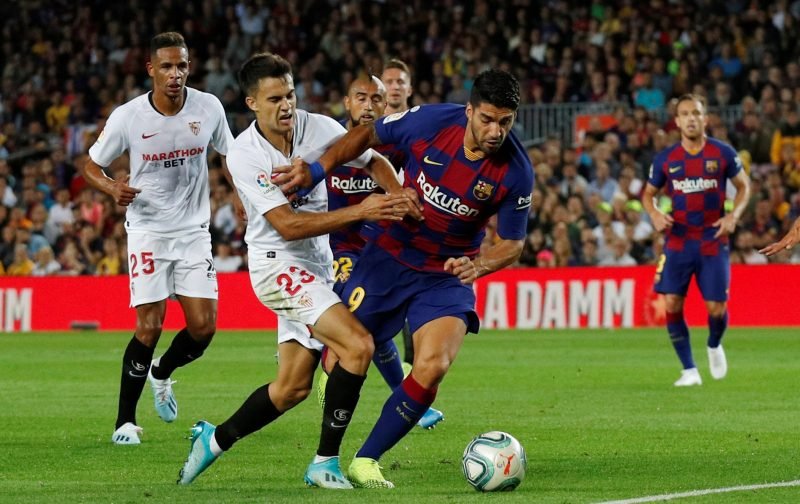 Lots of Everton fans on social media have been questioning why the Toffees have reportedly made an £18million bid for Real Madrid full-back Sergio Reguilon.

According to Sky Sports News, the Blues have moved ahead of at least three other Premier League sides by placing an official offer for Reguilon in the hopes of completing a summer transfer.

Reguilon has emerged as a potential target for Everton as boss Carlo Ancelotti is keen to swiftly fill the void created by Leighton Baines announcing his retirement, which otherwise leaves Lucas Digne as the Merseyside club’s only senior left-back.

Sevilla are keen to keep Reguilon at the Ramon Sanchez-Pizjuan Stadium on loan for another season but are aware of the growing interest in the Spaniard, who could now become the subject of a spate of bids following Everton’s offer of £18m.

Lots of Toffees supporters have questioned why Everton have approached Real for the defender, though, with many left quizzical over Ancelotti’s eagerness to replace Baines.

We don’t need another left back https://t.co/vz9in2U52g

Why why why
WE NEED ANYTHING BUT A LB

Can’t see us spending £18m on a back up left back? Nor would he come to play 2nd fiddle

Talented left-back, but don’t see him starting ahead of Lucas Digne and don’t see him willing to be second-fiddle either. https://t.co/V5C0P9vIDH

Some Everton fans have responded to Sky Sports News’ report of interest in Reguilon by suggesting the Spaniard is not seen by Ancelotti as the replacement for Baines but rather Digne.

Digne started all 35 of his Premier League appearances this season, in which the Frenchman provided seven assists which was the second-most in the division by a left-back with only Liverpool’s Andrew Robertson (11) providing more.

The Frenchman also provided the top-flight’s third-most accurate crosses per 90 minutes (2.2) by a left-back, only trailing Leicester City’s Luke Thomas (3.0) who played three times and Baines (2.6) who played four times.

If Digne goes he goes, I’m sure we’ll get a good fee and move on. Good going forward, average defensively.

Other takes offered online by Everton fans reacting to interest in Reguilon included some supporters wondering if the Spaniard would be able to play at right-back under Ancelotti.

Reguilon has, however, never played on the right-hand side of defence in his career, with his only appearances not at left-back coming at left-midfield (six), left-wing (18) and centre-back (seven).

Can he play right back?

Can he play RB?