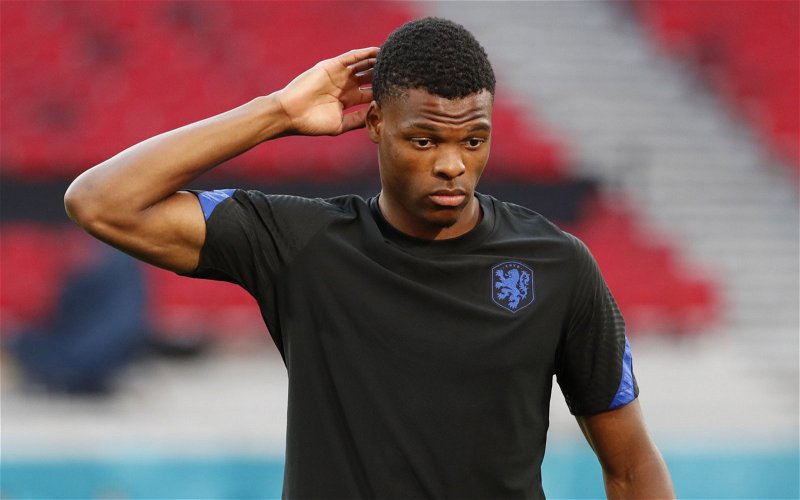 PSV Eindhoven manager Roger Schmidt has said he expects reported Everton target Denzel Dumfries to be on the move this summer.

The right-back has excelled at the European Championships lately, shining for the Netherlands in a wing-back role before their elimination from the competition at the hands of the Czech Republic on Sunday.

Everton were linked with a move for the PSV star before the tournament got underway and according to Schmidt, the defender and his international team-mate Donyell Malen are likely to leave the Eindhoven outfit in the coming weeks.

“That’s how it goes in football, especially at PSV, we lose one or two good players every year,” Schmidt told NOS (h/t the Liverpool Echo). “It has been clear to me for some time that Donyell and Denzel are likely to leave. Actually last summer.

“I also take it into account and if they do stay, that is great. But we have to prepare ourselves that we will have to play without both next season.”

Everton are in desperate need of a new right-back for the 2021-22 season and Dumfries has shown enough at PSV and for his country to suggest he would be a fine acquisition.

He’s so difficult to contain on the right flank and has an insatiable appetite for driving forward with the ball. At the Euros he showcased a productivity in the final third too, netting twice for the Oranje on their way to the last-16.

The worry for Everton is that his displays this summer will have captured the attention of some more successful clubs, especially with a reported release clause in his contract of €15 million.

Bayern Munich have been linked in recent weeks and if more clubs of that calibre come in, the Toffees may have to turn their right-back search in a new direction.