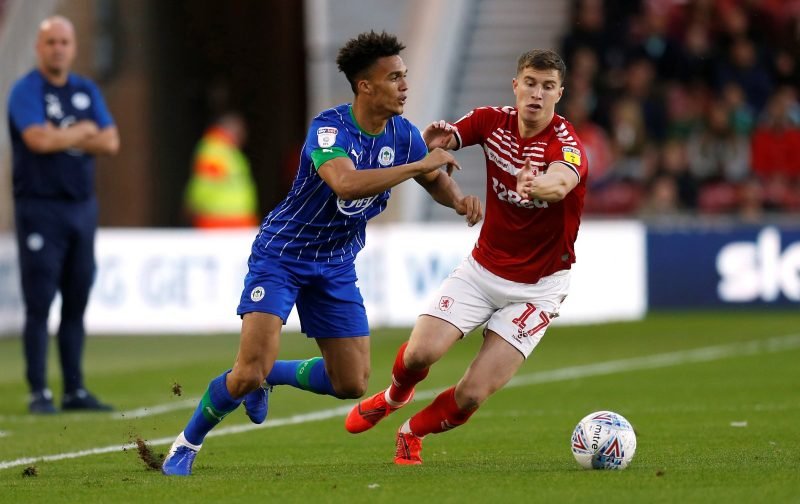 Everton might just be one of the most inconsistent teams in the Premier League season, but one thing the Merseyside club excels at more than anything is always having a top-class left-back in the starting XI.

From Leighton Baines being one of the best players in the position across Europe for a good few years with the former England international making it into the PFA Team of the Year on two different occasions to Lucas Digne making a good claim for being the club’s current best player after winning Player of the Year last season, left-back is a position Everton have done well to maintain a high standard of quality at.

Yet it isn’t all sunshine and rainbows for Everton players, as for every great left-back, there is a backup that is hardly given a chance and is eventually left to sit on the bench and wait for their chance to play in the first-team.

And for former Toffees defender Antonee Robinson, this was a future the US international didn’t see for himself as the fullback admitted in a recent interview with NBC Sports.

The 22-year-old left Goodison Park on a permanent deal this summer for Championship side Wigan, and as stats from WhoScored show, Robinson is excelling for the Latics, with the defender attempting the most and completing the most dribbles out of any defender in the division.

Despite dropping down a division, Robinson admitted that he stood no chance of getting into the Everton first-team, with the American youngster saying: “It’s a shame because you’re sat watching training when you want to be joining in, but that’s football. There’s only so long you can wait.

“They brought in Lucas (Digne) in my position, who was probably their best player last season, and they had (Leighton) Baines, who is one of the best left-backs to have played in the Premier League. I had to come here and play. Get thrown in and either sink or swim.”

Whilst most youngsters these days might be okay to sit on a Premier League bench and pick-up their weekly wage, Robinson’s desire to get out there and play regular first-team football is something players in his position should aspire to be, and with the defender becoming a vital member of Wigan’s side this season, leaving Everton for regular minutes is seemingly starting to pay-off for the 22-year-old.