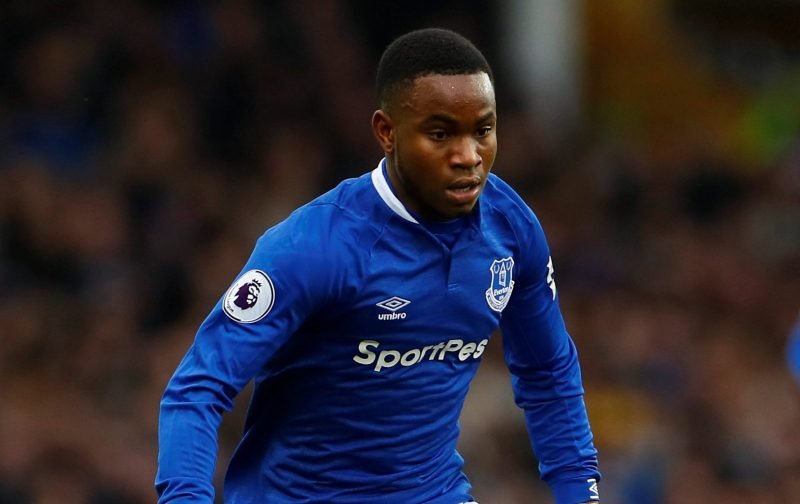 Everton are something of an enigma when it comes to nurturing and playing youth.

Whilst the Toffees have plenty of promising names on their books such as Tom Davies, Richarlison and summer signing Moise Kean, it seems like the club in recent years have not done as well as they could have with actually playing young talent.

This can be best summed up by what RB Leipzig manager Julian Nagelsmann recently had to say about Ademola Lookman, who joined the Champions League side on a permanent deal in the previous transfer window.

Despite the English youth international impressing massively in his last stint with the German club in 2018 whilst on loan, Lookman has found first-team minutes hard to come by this season.

And as Nagelsmann admitted in an interview with Kicker via Sport Witness, this lack of playing time is due to the fact that Lookman was hardly a first-team regular for the Toffees, with the Bundesliga manager saying: “Some (new signings) still need a bit of development time because they did not have the regular game time at their previous clubs.

The former Hoffenheim coach later added: “With a player like Ademola Lookman, who played very little at Everton, it takes more time than with Christopher Nkunku, who made 29 games at PSG last year. That’s completely normal.”

Indeed, this honest yet damming assessment of Everton’s youth policy should serve as a stern lesson for Marco Silva and his attitude towards not only playing younger players, but starting the ones who need first-team minutes the most.

With average age starting XIs from Transfermarkt show, the Toffees are slap-bang in the middle for both the youngest and oldest starting teams, seemingly proving the Silva is a manager who likes to get the balance between youth and experience, yet this is could be why players like Lookman weren’t able to get a chance.

Nagelsmann’s words should wake up Everton and go to show that if they won’t play their exciting youngsters, the club and player are doomed to suffer for it.