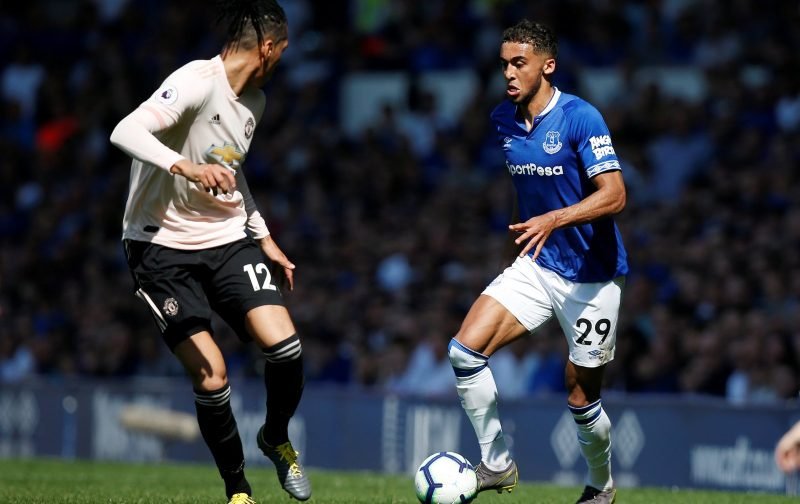 Dominic Calvert-Lewin started his eighth successive game as our leading man on Sunday, but the £13.5million-rated centre-forward failed to add to his six goals in the Premier League this season.

His efforts against Manchester United have since earned a lot of attention from Toffees supporters on the Grand Old Team forum, who have been debating his input in our resounding result.

Potentially why Calvert-Lewin went a fifth match without a goal was because the 22-year-old only managed to fashion one shot all game, which failed to hit the target.

He also only managed to attempt one dribble, albeit successfully, but if he is to carve out chances for himself, he needs to improve these figures, and not rely on his abilities in the air.

Calvert-Lewin was not perfect in the air, either though, as while he won a stunning six battles against the Red Devils, that only accounts for 43% of his duels.

The  striker also happened to win six aerial duels against Fulham last time out, in a game he managed to fashion three times as many shots.

Soon enough, simply playing well will not be enough for Marco Silva to justify Calvert-Lewin’s place in the side, if he cannot score…

“I think he is great against the top sides. He doesn’t do well in condensed space though. Need another option for that.” – OsamaBinDiesel (April 21, 15:54)

“Fantastic performance from the first minute. He gave their CBs a torrid time. Put his body on the line & ran himself into the ground for the cause.” – Rudolf Hucker (April 21, 16:31)

“He has improved a lot since January, which is great to see. Could do with concentrating more when finishing though. Quite often he doesn’t execute the shot or header with enough care, and if he did, he’d have scored a few more.” – EFC78 (April 21, 18:00)

“Does everything right at the moment but is not scoring goals. They do have to come soon.” – Kantareller (April 21, 19:12)

“So it seems like he’s a good choice for games like today’s, where he’d be up against the CBs and giving them problems, but definitely not the choice for teams like Fulham where the defence and midfield are tighter and sit deeper. Those games he’s utterly ineffective in and we need a different option.” – Zezti (April 21, 19:19)