Everton had scouts in attendance of Hellas Verona’s Serie A trip to Udinese Calcio on Sunday to observe Albania centre-half Marash Kumbulla, according to transfer expert Nicolo Schira.

Kumbulla has long been a target for boss Carlo Ancelotti, having coveted his talents during his time in charge of SSC Napoli and looked to revitalise his interest during the January market following his arrival at Goodison Park.

No deal occurred before the window slammed shut, with Verona defending interest from a wealth of European outfits including Inter Milan, Manchester United, Chelsea, Eintracht Frankfurt and SS Lazio.

Schira understands Borussia Dortmund have now entered contention for Kumbulla’s signature, too, after joining Toffees and Nerazzurri staff at the Stadio Friuli on Sunday to observe the 20-year-old in action.

Ancelotti’s former outfit Napoli are also keen on the Albania international but did not scout him over the weekend, and would face paying €30million (£24.9m) to land his signature at the close of the campaign.

Is €30m too much to spend on Kumbulla this summer? 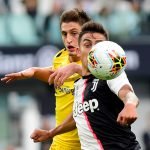 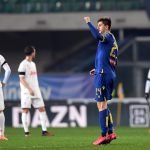 Reports of our interest in January suggested Inter were at the head of the queue for a summer move, having shown a willingness to pay €20m (£16.6m) for the one-cap defender.

Their continued interest is very much worthwhile, as Kumbulla has since opened five more Serie A fixtures to bring his tally for the term to 18 in 20 outings, with his absences put down to an indirect card suspension in September and a biceps femoris muscle injury in November.

The Peschiera del Garda, Italy-born prospect also claimed his seventh league clean sheet of the term on Sunday as Verona drew 0-0 with Udinese, having recorded three clearances, one interception, blocked two shots and won three of four aerial duels and one of four ground duels as the left-hand centre-half in a three-man backline, per Sofa Score.

He also took 56 touches, made 35 accurate passes (81%) and fashioned a shot on goal, though Kumbulla did commit one error that led to a shot – the second instance of such this Serie A season.

Nonetheless, Ancelotti clearly seems to be impressed with what Kumbulla has shown in his budding career to date to continue monitoring his progress, and it only remains to be seen whether or not the boss is willing to spend €30m to acquire the youngster’s signature this summer.