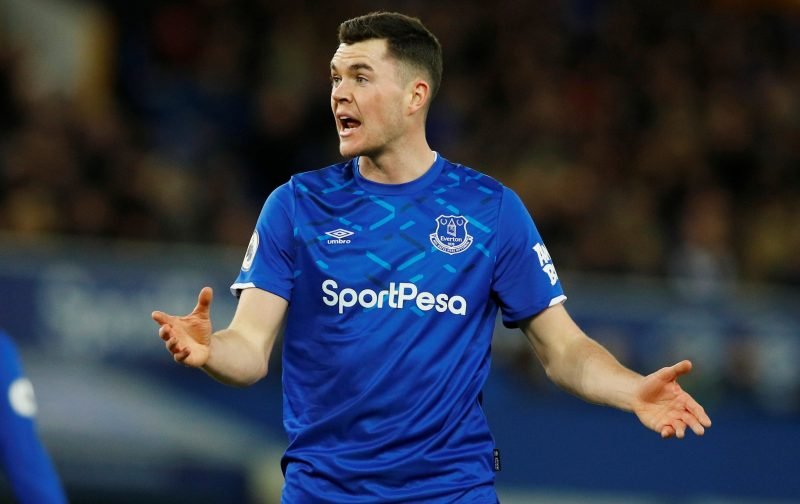 Everton enjoyed a 1-0 win over Norwich City on Wednesday evening and Michael Keane was one of many players praised for his performance. The 27-year-old helped keep a clean sheet, limited Norwich to only one shot on target and nullified the threat of Josip Drmic and Teemu Pukki. He also scored Everton’s winning goal, heading home a Lucas Digne corner in the 55th minute, which resulted in plaudits from supporters.

Thought you and Holgate had a stormer Michael, well done. And thanks 👍 COYB

Playing well at the moment big fella, keep it up and congratulations on the new arrival 💙

Great game Michael! Your showing some top form 🙌 keep it up 💙

Well done Michael, excellent back to back performances and congratulations on the new arrival.

Keane’s performances have been much more assured and solid these past couple games. The confidence he’s gaining from being paired with Holgate is plain to see too. Fair play to him. Still lots of work to be done with our squad we know that, but it’s good to see. #EFC

He’s always been good in a system that suits him

Against Norwich, Keane played for 90 minutes, won 10 aerial duels, completed 91.2% of his 68 passes, created one chance, had one shot which resulted in a goal, made two tackles, played six long balls with five finding a teammate, made three interceptions, blocked two shots and made six clearances.

The England international joined Everton from Burnley for £25.65m in 2017 and has gone on to make 100 appearances in all competitions, scoring four goals and making three assists. This season, Keane has made 27 appearances in across the board, scoring twice.

The 27-year-old was inconsistent earlier in the campaign, but he’s impressed since football returned in England. Vital Everton have previously pondered his future at Goodison Park, but Keane is justifying his manager’s faith.