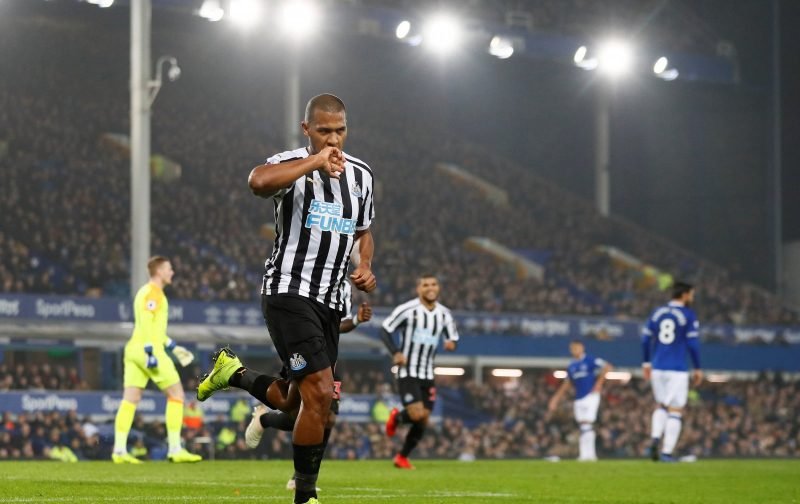 We may have just been gifted the perfect opportunity to land Salomon Rondon from West Bromwich Albion, as the Daily Mail understands Newcastle are reluctant to meet his £16.5million release clause.

The Venezuelan has previously shared his desires to stay at St James’ Park beyond his loan from the Baggies, but the forward will only have a year remaining on his contract come the end of the season, as well as turning 30 in September.

Both are aspects that count against his chances of staying on in the North East, unless Mike Ashley is able to reach an agreement with Albion that would see them part ways with the striker for £12million, or less.

Rondon’s age seems to be the prevailing factor in Newcastle’s hesitations, as they are supposedly open to splashing out highly on a new leading man, but only if he has considerable resale value, something a 30-year-old would not.

If they cannot agree to a cut-price deal, we could look to swoop in and put our reported interest front and centre and meet his release clause – which rises to north of £20m should Albion earn promotion this season.

He may not fall within the age bracket Marcel Brands noted he and Marco Silva have agreed on, but our Director of Football would be adding a nine-goal ace to the boss’ squad for next season.

Rondon would also offer something different to the likes of Richarlison and Dominic Calvert-Lewin through his physicality, while providing a greater touch in front of goal than Cenk Tosun.

For comparison, Tosun has taken 3.1 shots per 90 on average in the Premier League this season, scoring twice, whereas Rondon’s nine goals have come from 2.9 shots per 90 having featured just four more times.