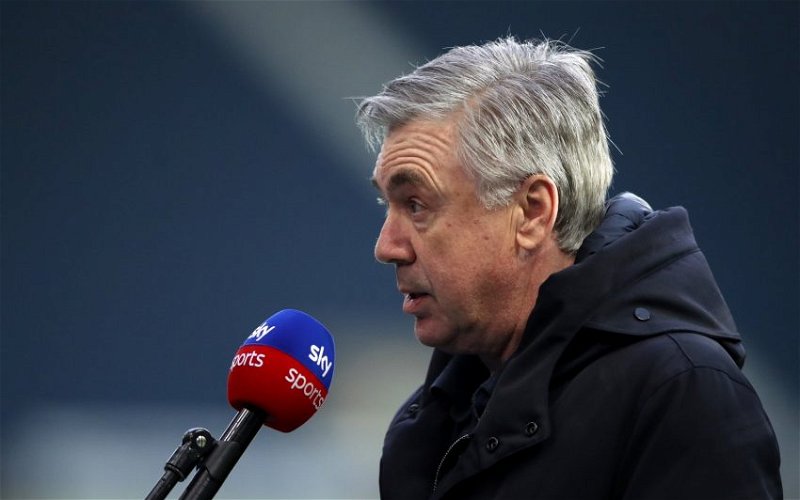 Any Evertonian full of job satisfaction this week may have felt a little awkward after reading the latest quotes from manager Carlo Ancelotti.

Despite winning three Champions League titles as a coach, establishing a reputation as one of the sharpest tactical minds of his generation and transforming the Toffees from mid-table fodder into a team in contention for a top-four berth in the Premier League in 2020-21, the Italian has said he’s still looking to improve.

“You can improve, personally, and you have to improve,” the 61-year-old told the club’s official website. “Football is changing, it changed a lot in the past and will change a lot in future.

“There are a lot of situations where you can get better and it is the same for the squad. After the game, you think about everything that happened on the pitch, the substitutions, what you could do and didn’t do – what you did well.”

Ancelotti also said his judgements can be clouded by the emotional hue that lingers after a dramatic contest, meaning he often waits before analysing his team’s game.

“This is a discussion you need to have with your staff,” he continued. “But not immediately after the game because you are too hot. The adrenaline stays in my body a long time, at least 12 hours more [following full-time].

“If the game was tough and exciting – like Tottenham [5-4 win in FA Cup] – for example, the night after, for me, is really difficult to sleep. I stay awake a long time.”

When Ancelotti arrived at Everton in December 2019, one of the major questions asked was whether a man who has managed clubs like Real Madrid, Paris Saint-Germain, Bayern Munich and AC Milan would have the drive needed to turn around the fortunes of a lurching Premier League entity. After all, even the staunchest Evertonian would concede there’s a quality drop-off from those juggernauts of European football to the Toffees.

While there have been some struggles since his arrival, overall Ancelotti has made steady progress with the Toffees, gradually lifting expectations and changing mindsets around the football club.

Insights into his personality and determination like those aforementioned offer an indication into why he’s been around the top level of European football for such a long time.

Of course, Everton aren’t in that bracket yet. But with a settled and motivated Ancelotti steering the ship, there’s a burgeoning confidence that they will get there. And if he gets better, so will his team.