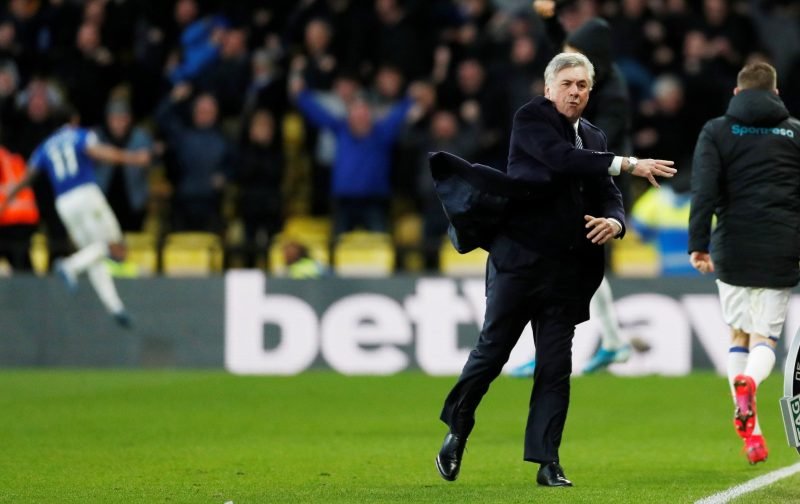 Many Everton fans have been reacting on social media after Carlo Ancelotti shared his belief in seeing the club qualify for the Europa League this season.

The Toffees are currently sitting ninth in the Premier League table following Saturday’s 3-2 comeback win over Watford, which kept the gap to fifth place at four points after Manchester United and Wolverhampton Wanderers played out a goalless draw.

Tottenham Hotspur are now up to fifth after beating champions Manchester City, but Ancelotti believes our current form places the club in a good position to challenge for the top spots, despite being 16th at the time of his appointment.

“I think we have to try and compete for the top, to reach the Europa League for next season,” said Ancelotti, via quotes by the Daily Mail. “It could be really important.

Can we qualify for Europe this season? 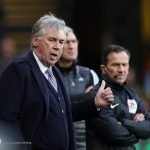 Only runaway league-leaders Liverpool (24) have taken more points than Ancelotti (14) since he stepped up to the Goodison Park helm, with the Italian overseeing four wins and two draws in seven games.

I think for our club we would benefit from a good Europa League run. We could recall our players on loan to play

Ambition and aspirations for the club, exactly what we want! That’s a minimum for us….

Great ambition. Love to see it. How many points do you believe it will take to qualify? Is 51-55 points enough? That’s where I think we’ll be by season’s end.

Basically what every everton fan is thinking right now, the man just knows his stuff doesn’t he 💙💙

Love this attitude from OUR manager.

So glad Moyes “chose” to manage WHU instead of us…