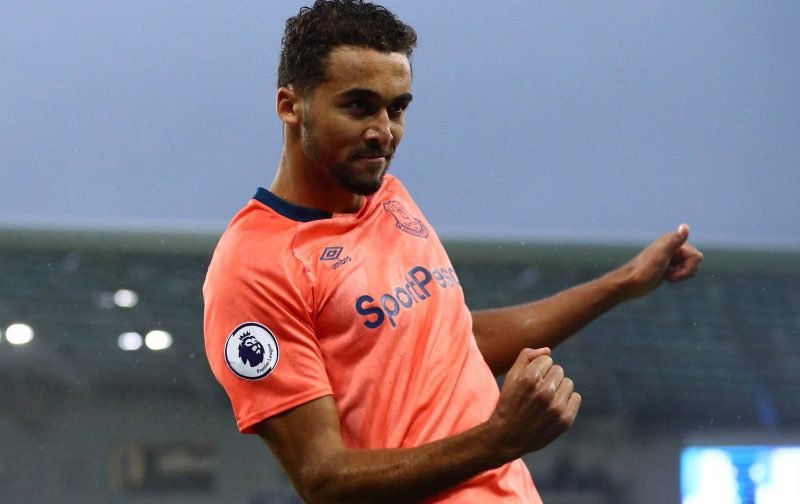 Former England striker Darren Bent has raved over the talents of Dominic Calvert-Lewin, and backed the Everton star to earn his senior Three Lions debut under Gareth Southgate.

Calvert-Lewin has struck a purple patch in front of goal since Marco Silva was fired in December, with the Sheffield-born talent hitting seven goals in the ten Premier League games played since the Portuguese left Goodison Park.

The former England U21 international had only hit the back of the net three times in the 13 league games played under Silva this term, and is now on double figures in a single top-flight campaign for the first time in his career.

Bent feels as if no other English forward is in as good of form as the £20,000-per-week forward, and that his exploits must have piqued the interest of Three Lions boss Southgate ahead of the March friendlies, which could see Calvert-Lewin make his senior bow.

“The one [English striker] who’s in good form is Calvert-Lewin,” Bent told talkSPORT.

Is DCL ready for his senior England debut? 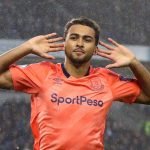 “Whenever I talk about Calvert-Lewin people laugh it off, which I think is totally disrespectful. Anyone who has watched him play for Everton, he’s fundamentally so good.

“He holds the ball up really well, he’s good in the air, he can score goals, he’s quick, he’s strong. So you start looking at that, and I’m sure Gareth Southgate has probably looked at that and thought [about calling him up].

“I reckon Calvert-Lewin is a lot closer than people think.”

Southgate will be without Harry Kane and Marcus Rashford when England host Italy and Denmark for friendlies at Wembley on March 27 and 31 respectively, as the attacking duo are both nursing injuries.

Kane has been forced to undergo surgery to repair a ruptured tendon in his hamstring sustained on New Year’s Day, which Tottenham Hotspur boss Jose Mourinho hopes will allow him to return for the final two league games of the term.

Manchester United boss Ole Gunnar Solskjaer is without Rashford at the moment after the 22-year-old developed a stress fracture in his back, which has kept him from featuring in the Red Devils’ last three league games.

Southgate could turn his attentions to the south coast and call on Southampton striker Danny Ings, who has scored 14 times in 25 top-flight matches this season but is currently on a three-game drought.

In other Everton news, the club are fearful over the implications of a recent injury.