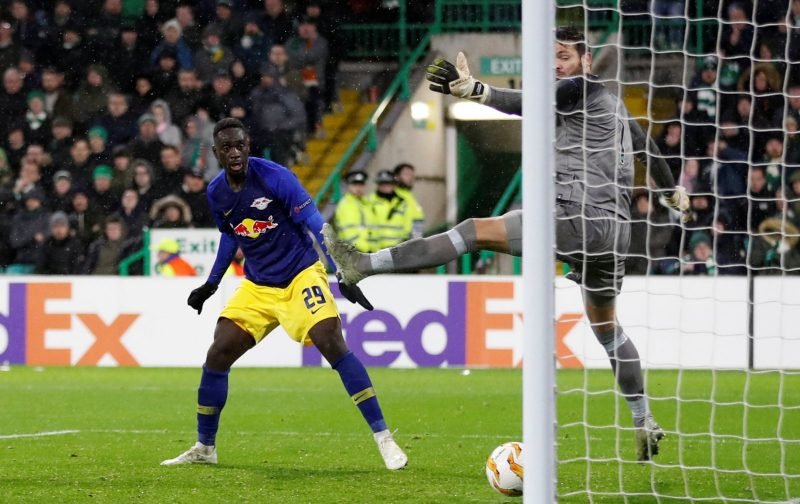 Marco Silva is persisting with Dominic Calvert-Lewin as his lead man, but for how much longer the boss can trust our young attacker remains to be seen, with the 22-year-old without a goal in his last five games.

Marcel Brands, then, could rush to the news that RB Leipzig are willing to sell our reported number one target Jean-Kevin Augustin, with Kicker claiming the Frenchman has lost his connection with the Bundesliga side.

He, along with Bruma and Stefan Ilsanker, are also not believed to be a part of Julian Nagelsmann’s plans for next season, once the 31-year-old leaves Hoffenheim for the Red Bull Arena to replace Ralf Rangnick.

However, since Augustin was claimed to be our top priority for the summer, his TransferMarkt valuation has dropped from £22.5million to £18m in line with his dwindling role.

The former youth international is so out of contention under Rangnick, that Augustin has not featured for more than 45 minutes since the Bulls drew 1-1 with Rosenberg in the Europa League, even though there have been 18 games since – ten of which the 5 ft 8 attacker has been an unused substitute, and was not even named on the bench twice.

His restricted minutes could be enough to put some fans off a move, but Augustin may be the perfect striker for Silva to work with alongside Calvert-Lewin, as he has shown he wants to give youth a chance, and Brands is searching the market for gems he can develop.

Rather than targeting a proven, but old, striker, Augustin would also satisfy those of us who would prefer to see the club looking at longevity, over short-term solutions to the position which has hindered us ever since Romelu Lukaku moved to Manchester.

It must be noted, however, that since we were linked with a move for Augustin, West Ham entered the frame, as their transfer guru Mario Husillos begins to identify potential successors for Marko Arnautovic and co. at the London Stadium.