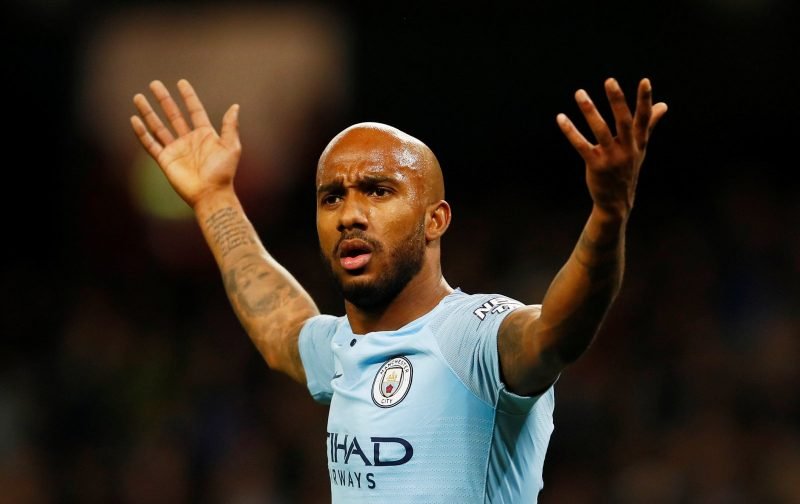 Everton recently agreed a £22million deal with FC Barcelona for Andre Gomes, and were soon linked with AC Milan’s Franck Kessie. But who are Marcel Brands and Marco Silva now thought to be chasing? Fabian Delph.

According to Sky Sports, there is ‘significant interest’ from those at Goodison Park in making a move to sign the two-time Premier League winner, now that he has entered the final year of his contract with Manchester City.

The reigning title-holders are thought to have told Delph that his services are no longer required too, but are yet to receive any formal offers for the £90,000-a-week midfielder.

Sky anticipate a number of clubs will lodge formal confirmation of their interest in the £16million-rated midfielder the coming days, following the arrival of Atletico Madrid midfielder Rodri at the Etihad Stadium in a £62.5million move.

If one of the alleged clubs is Everton, Brands and Silva would be making a drastic step down in the quality of their targets, as Delph has never been more than a squad player for City, and would likely be the same on Merseyside.

The 29-year-old also failed to start a single top-flight game last term in his natural midfield position, even when Fernandinho was injured, with each of his eight league starts coming at left-back – a position Lucas Digne holds down with great aplomb.

Even in the centre, Delph would struggle to rival Idrissa Gana Gueye or Andre Gomes, as the duo penned substantially more impressive numbers last season than the Englishman did while on international duty – the only times he started in a central role.

In three UEFA Nations League outings, Delph averaged 3.4 tackles, 3.4 interceptions, 1.1 dribbles, and 56.3 passes per ninety minutes. The only aspect where he vastly bettered Gomes or Gueye was in interceptions, as Gomes recorded just 0.8 on average in his 24 Premier League games.

If Silva and Brands are interested in signing another central midfielder, they would be far better served looking to raise the extra funds needed to meet Milan’s €35million (£31.4m) asking price for Kessie, a midfielder who would challenge for minutes.