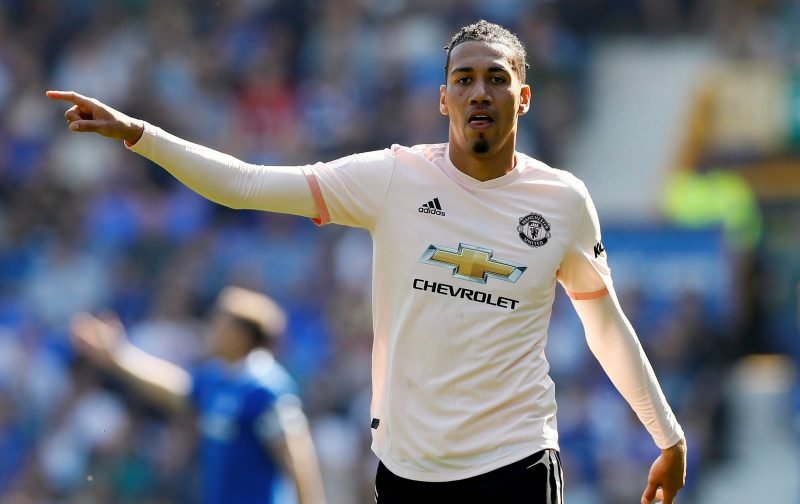 Everton have missed out on signing the perfect defensive addition, after Sky Sports claimed Manchester United rejected a bid to take Chris Smalling on loan.

We are still in the market for a new centre-back, having failed to secure a return to Goodison Park for Chelsea’s Kurt Zouma, and moves for other speculated targets like Getafe’s Djene Dakonam and Real Sociedad’s Diego Llorente have not yet been forthcoming.

However, Red Devils boss Ole Gunnar Solskjaer considers former England international Smalling an integral part of his squad, and intends to see the 29-year-old compete for minutes against Victor Lindelof and the world’s most expensive defender Harry Maguire, who they recently signed from Leicester City for £80million.

Smalling had an underwhelming start to the term a year ago, as United struggled under former manager Jose Mourinho, but the defender turned things around after a foot injury, and returned to action with a string of strong performances.

Had we managed to agree on a deal to take the £18million-rated centre-half on loan for a campaign, it would have been the latest in a string of top deals by Director of Football Marcel Brands, as Smalling would have brought an instant wealth of experience to our backline.

Often during Marco Silva’s maiden season at the Goodison Park helm, our defence struggled to show any signs of leadership, which resulted in players acting out of touch of their teammates and opening the door for the opponent to score.

A year with Smalling alongside him would also have given Michael Keane someone he could learn from in how to command the backline, while adding depth in case Yerry Mina suffers another injury-ravished season.

Even with his struggles at first last term, Smalling ended the campaign with an average of 1.3 successful tackles per ninety minutes from 1.5 attempts, while recording an interception 1.1 times, 4.5 clearances, 1.7 blocks, and won 4.3 aerial duels during his 24 Premier League appearances.