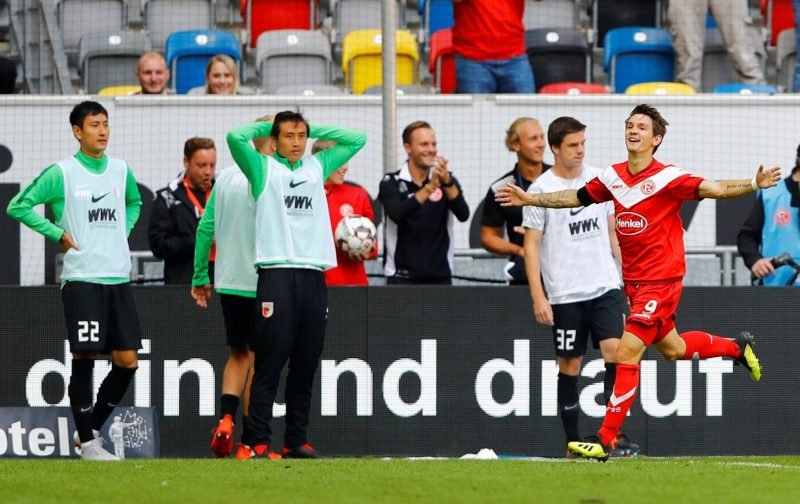 Marco Silva has just found a way to fit Richarlison, Bernard, Dominic Calvert-Lewin and Gylfi Sigurdsson into our attack and make it work, but SportBild, via Sport Witness, believe we are scouting Fortuna Dusseldorf’s Benito Raman.

If we are interested in the former Belgium youth international, Marcel Brands will face a tough challenge trying to secure his services, as we are not the only interested Premier League party.

SportBild note that Arsenal, West Ham and Burnley are all hot on his case, and he could even be available for a bargain €15million (£12.9m). That’s not to say Flingeraner are eager to part ways with the versatile forward, but the Bundesliga outfit need to raise funds in the summer.

Raman, himself, is keen to move to England, as well, and is quoted as saying: “It’s my goal to play at [the] Premier League someday. I think it’s the best league in the world.”

If Brands were to offer Fortuna the sum SportBild believe will be enough, he would be adding an attacker to Marco Silva’s ranks that would suit the Portuguese’s style perfectly.

Much like Richarlison has shown he is capable of, Raman has been deployed here, there, and everywhere at the Merkur Spiel-Arena this season, with 13 outings on the left wing, six on the right and five appearances at the top of the pitch.

The 24-year-old has also scored no matter where he has played, and is currently lighting up the German top-tier with four goals and three assists in his last six games – bringing his overall tally for the campaign to ten goals and four assists.

His brace against Hertha Berlin last time out proved decisive for Fortuna, too, as the 2-1 win elevated his side above the Olympiastadion natives, and are now just five-points behind Bayer Leverkusen.

It was not the first time this season that Raman hit Hertha for two either, as he scored a seven-minute double off the bench against Pal Dardai’s side back in November.