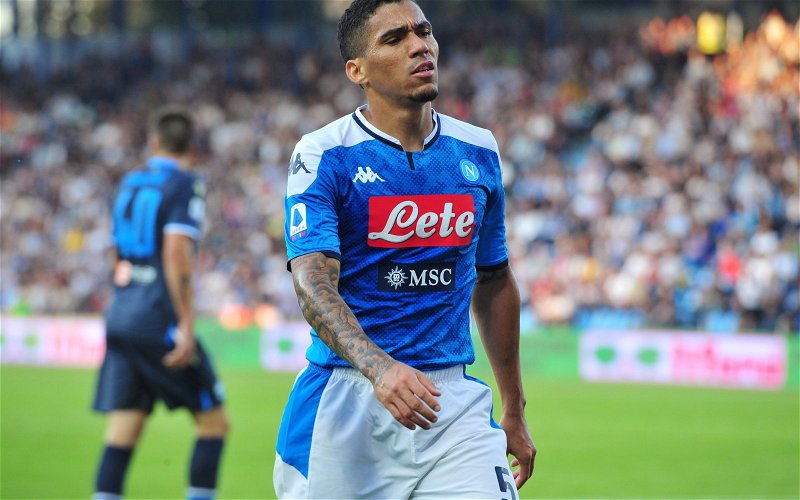 Allan’s future at the San Paolo Stadium is believed to be in doubt after Napoli began their summer spending with the €81.3million (£73.5m) transfer of LOSC Lille forward Victor Osimhen.

Any further additions to Gennaro Gattuso’s side are expected to hinge on President Aurelio de Laurentiis offloading some of the current Napoli first-team, likely including Allan due to the Brazilian’s vast potential suitors.

Napoli are said to be touting Allan at the €40m (£36.1m) mark but are yet to receive a suitable offer from Paris Saint-Germain or Atletico Madrid following the Ligue 1 and La Liga outfit’s interest, while Dortmund are thought to have their own valuation of just €25m (£22.6m) plus potential bonuses.

Atletico Madrid could yet usurp BVB’s bid with an offer better matching Napoli’s asking price, as Marca believe the La Liga outfit are prepared to pay the full €40m to secure Allan as Diego Simeone is looking for immediate reinforcements and feels their presence in the Champions League could be a deciding factor.

Everton have long been linked with interest in Allan as head coach Carlo Ancelotti has been keen to reunite with his former anchor during the summer transfer market, but is seemingly yet to see Director of Football Marcel Brands strike an agreement.

Reports have suggested Napoli turned down an offer of €25m (£22.6m) plus €5m (£4.5m) in add-ons from the Toffees, and later claims of an agreement of €38m (£34.3m) – including additional bonuses – now appears misguided following the latest updates from Italy and Spain, with it suggested Everton have offered in excess of €40m.

Dortmund now entering the race has led to much frustration on Merseyside with fans growing disgruntled at the time being taken for Brands to reach an agreement to sign Allan from Napoli.

You snooze you loose. Siggy & Tom center mid on day 1 next season!

Well we’re dithering again. I thought all this had stopped when Moyes left.

Is it the longest time taken to sort a transfer .. “well we tried” … never forget Shearer .. we tried at £5m .. he went for £15m at the time ..
I tried to buy a Ferrari once but they refused the £5k I tried with, as it was short by a country mile. We don’t half drag them out.

Only Everton can drag out transfers for weeks on end!

Just imagine the fume if we miss out on him too 💥

Dortmund allegedly only valuing Allan at €25m plus add-ons has also been a focus point for some Everton fans, given they reportedly saw Napoli rebuff their side’s similar offer as the Serie A side hold out for €40m.

Why are we being quoted €40m? Is it Napoli playing games over Gabriel or should I feel fatalistic about Everton doing transfer business? https://t.co/NFyVyCiFyb

Why are we being quoted €40m? Is it Napoli playing games over Gabriel or should I feel fatalistic about Everton doing transfer business? https://t.co/NFyVyCiFyb

It’s just Napoli trying to bump up our offer

Napoli trying to mess us around

Haha how comes when ever we get mentioned the fees anything between €30-40m and anyone else it’s less?! 🤔🙄🤦🏻‍♂️😂

Further sides entering the race and potentially creating a bidding war in Napoli’s favour may not be the worst thing for Everton, in the eyes of some fans who believe there are better options to improve Ancelotti’s side than Allan.

Watford midfielder Abdoulaye Doucoure is one midfielder that has been muted by fans on social media, given the Hornets’ relegation from the Premier League and the Frenchman’s exploits in the top-flight.

Doucoure was a target for Everton during Marco Silva’s time in charge last summer, but the Blues were unable to convince the Vicarage Road side of parting with the 27-year-old after he scored five goals and assisted six in the 2018/19 term.

Arsenal are currently being linked with a move for the former U21 international after he scored four goals and assisted two in 37 outings on route to relegation, with the Gunners considering alternatives to Atletico Madrid midfielder Thomas Partey.

I would prefer Doucoure. He is younger, a better player and would cost less.