Is Barcelona’s £20m man the solution to Everton’s centre-back problem? 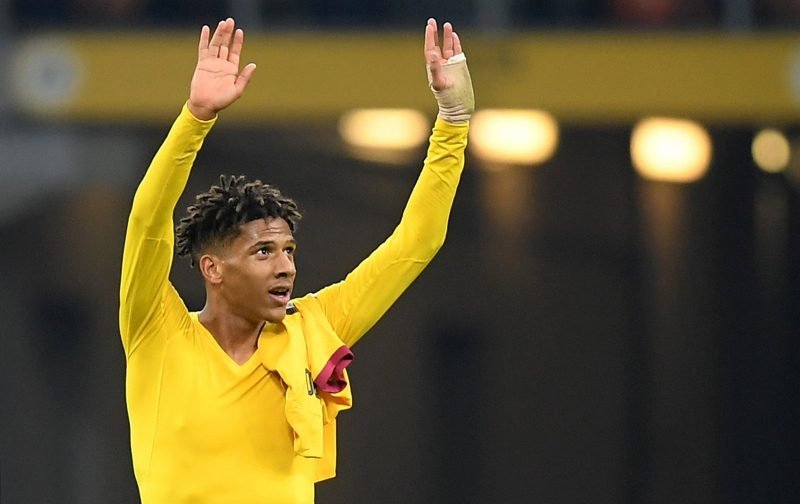 According to Sport, Everton are interested in Jean-Clair Todibo and have been told by Barcelona that they could land his signature for £20m + £5m in bonuses.

Why are Barcelona getting rid of him?

Todibo joined Barca on a four-year deal from Toulouse in January 2019 and has gone on to make only five appearances in all competitions. The 20-year-old has found himself behind Gerard Pique, Samuel Umtiti, Ronald Araújo and Clement Lenglet in the pecking order and was loaned out to Schalke 04 (January 15, 2020 – June 30, 2020) as a result.

Todibo made 10 appearances across the board for Schalke, but he doesn’t appear to have a future back at the Camp Nou so a move away looks on the cards.

Why do we need a centre-back?

Releasing both Phil Jagielka and Ashley Williams without bringing in a replacement last summer left us with only Mason Holgate, Michael Keane and Yerry Mina.

Carlo Ancelotti now has Lewis Gibson and Jarrad Branthwaite at his disposal, but Gibson could be loaned out next season while Branthwaite is still inexperienced.

Marcel Brands and Ancelotti have made it their goal to strengthen at the back and lower the average age of the squad, so it’s no surprise why we’ve been linked with U23 players such as Todibo, Morata, Gabriel Magalhaes, Unai Nunez, Mohammed Salisu and Wesley Fofana among others. It’s just up in the air which player will come in.

Do we stand a chance of signing Todibo?

After agreeing deals with Barcelona for Mina, Andre Gomes, Lucas Digne and Gerard Deulofeu, negotiating with the Catalans should be straightforward. Whether Todibo considers us a good career move is unknown, however. The 20-year-old was happy to drop down to Schalke for regular football, so he may be willing to join Everton if guaranteed first-team opportunities.

Our finances have looked a lot better in the past, but Todibo won’t break the bank so there shouldn’t be a big issue with his asking price. Time will tell.

We need a centre-back and want a young player to develop, so Todibo does tick a lot of boxes. That being said, he’s not played a lot of football at the top level, so it may be a gamble.

In other news, Everton’s out-of-favour striker has interest from Turkey